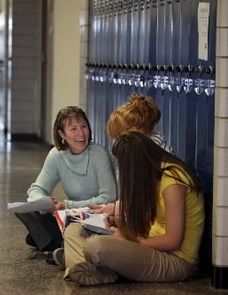 New research from the University of New South Wales has shown which traits young people respond to in trusted adults and figures of authority such as teachers.

The report says statistics show half of young people rely on a trusted adult other than parents in their community, either paid or volunteer, the study sought to identify which characteristics young people look for in adults. It has also shown that young people connect with different adults for different reasons, and that a teacher, coach, parent or leader might not even know that they have become a trusted figure.

“A lot were surprised. They just thought, ‘I’m the soccer coach’, but they were really pleased to learn they were making a difference to these young people’s lives,” says Prof Muir.

Among the key findings of the report was the figure that only 44% of participants had a family member they ranked as a trusted adult; significant adult relationships matter to young people regardless of whether they are working; young people in school had conversations about friends and pathways to future work and education, whereas students who had dropped out of school talked mainly about how to re-engage with education and feel valued.

Associate Professor Muir says the trusted adults were often people who went beyond what was expected of them.

“Very few young people identify school counsellors as a trusted adult because they are doing what they expect of them, but there were cases where young adults would turn to their early childhood teacher for advice,” she says.

The complete findings have been presented at the 2013 Australian Social Policy Conference at UNSW.