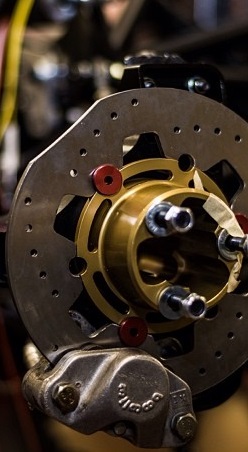 Some Australian universities are showing off their creations for the Formula SAE contest; a race to test students’ design and engineering skills.

Several teams will be putting on the finishing touches - or working desperately to get finished - before the Australian leg of the Formula SAE competition hits the track at Victoria University’s Werribee campus in mid-December.

The race covers a number of classes and categories, and this year will feature entrants from 200 different institutions in various competitions around the world.

The Formula SAE competition has plenty of benefits leading up to and after race day.

An electric racer designed by a team of engineering students and professors at RMIT will be featured on a local TV network’s motor racing show this week.

The RMIT team has previously won the electric competition of FSAE (Australia) in 2010 and 2011, but fell short of securing a third straight win when an electrical failure halted the team’s efforts in 2012.

Regardless of the result, the competition is an incredible learning experience for students, says Professor Simon Watkins from RMIT’s School of Aerospace Mechanical and Manufacturing Engineering.

“They learn without realising it and encounter issues that industry has to face every day; delivering products to time and cost in a competitive global environment.

“The students are highly motivated and willing to go the extra miles in areas that cross traditional boundaries,” he said.

“In my relatively short time on the team I have learned valuable project and resource management skills that are not extensively covered in the university curriculum, but are extremely useful in supplementing the technical skills gained in the degree,” said Antonio Sison, a Bachelor of Engineering student and e-Racing Commercial Director and Drivetrain Co-Head.

“It’s not like in lectures where everything is ideal - we have to deal with real world problems and setbacks and figure out how to overcome them.”

“I have always wanted to work in the car industry, but with the trend in the automotive sector moving away from internal combustion engines and towards hybrids and electrics, being involved with the electric racing team has prepared me for the shift toward vehicle electrification.”

“For lovers of pure race car engineering and design, it’s a must-see event every year.

“The innovation and attention to detail is incredible and many smart ideas developed in Formula SAE have found their way into other forms of the sports, including F1.”