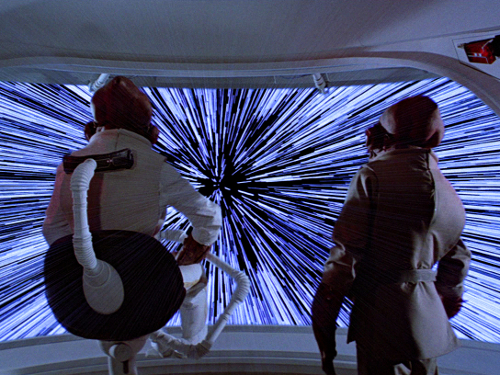 Australian researchers have helped confirm that the Universe is expanding faster than expected.

ANU researcher and astrophysicist Dr Brad Tucker says a precision study of star movements has found the Universe is currently expanding between five per cent and nine per cent faster than it was earlier in its life.

“We thought we were close to understanding dark energy, but now we know we don’t know the answer at all. There’s a lot of work to do.”

Studies in recent years have shown that normal matter such as stars, planets and gas constitutes only five per cent of the Universe.

The remaining 25 per cent appears to be dark matter, and 70 per cent dark energy, but these mysterious fillers are both invisible and have never been directly detected.

The precise speed of the Universe’s expansion (starting 13.8 billion years ago) has been calculated from observations of the cosmic microwave background - the very faint afterglow of the big bang.

Now, an international research team has used the Hubble Space telescope to look at variable stars, called Cepheids, and Type Ia supernovae, which both have well-known brightness values that allow their distance to be precisely determined.

Using the relative shifts between objects of different distances as Hubble moved, the team measured the movements of about 2,400 Cepheid stars and about 300 Type Ia supernovae over two and a half years.

The measurements put the Universal expansion rate - known as the Hubble constant - at 73.2 kilometres per second per megaparsec (a megaparsec equals 3.26 million light-years), with an uncertainty of 2.4 per cent.

The new value means the distance between cosmic objects will double in another 9.8 billion years.

The finding has left astrophysicists around d the world with one big question; Why?

One possibility is that dark energy, already known to be accelerating the universe, may be shoving galaxies away from each other with growing strength, termed phantom dark energy.

Another idea is that the cosmos contained a new subatomic particle in its early history that travelled close to the speed of light and affected the expansion rate. Such speedy particles are collectively referred to as dark radiation and include previously known particles like neutrinos.

The boost in acceleration could also mean that dark matter possesses some weird, unexpected characteristics.

It is even possible that the speedier Universe is telling astronomers that Einstein’s theory of gravity is incomplete.

“Perhaps it also could be something wrong with our assumption that Type Ia supernovae and Cepheids are standard candles. All options need to be looked at,” Dr Tucker said.

“Future studies using different techniques, such as the TAIPAN survey being led out of Siding Spring Observatory, will hopefully shed light on exactly what is going on.”

The latest research will published in the Astrophysical Journal, but is already available in PDF form on the pre-publication Arxiv server.