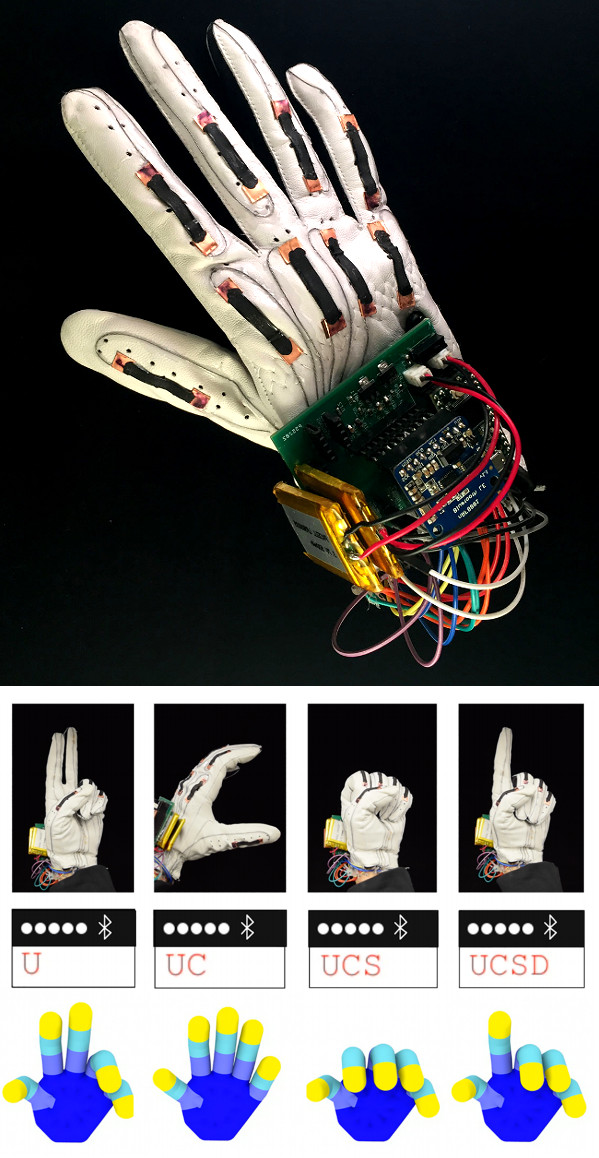 Engineers in the US have invented gloves that can translate sign language into text.

The glove fitted with wearable electronics can translate the American Sign Language alphabet and then wirelessly transmit the text for display on electronic devices ― all for less than $100.

Wearable sensor systems are smaller, require less power and are mobile, and are a particularly intuitive human-machine interfaces.

The designers say gloves that track people's gestures could also provide a more seamless interface for applications from virtual reality to telesurgery, and even covert operations such as piloting aerial drones and controlling bomb-diffusing robots.

The glove uses nine flexible strain sensors ― two on each finger and one on the thumb ― that detect knuckle articulation. A microprocessor computes the ASL letter for each gesture, and a Bluetooth radio transmits the text for display. The system cost less than $100 to build and has low power requirements.

The researchers found that the wearable electronic glove determined all 26 letters of the ASL alphabet accurately.

They also tested whether data from the glove could generate an accurate virtual display, and found that a real hand in the glove could make gestures that were accurately mimicked by a virtual hand. This, say the researchers, suggests new ways of using flexible, wearable electronics to interface with virtual environments.