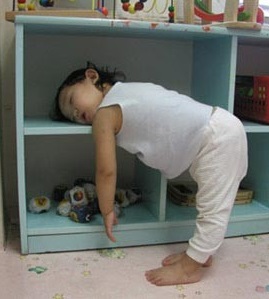 New research shows children who nap in the afternoon perform better on visual-spatial tasks when they wake up.

A study by sleep researchers at the University of Massachusetts claims that classroom naps support learning in preschool children by measurably enhancing memory. The researchers say they result suggest naps can be an extremely useful tool for memory consolidation and early learning, based on their study of more than 40 preschool children.

Budget cuts and a bureaucratic search for savings prompted the new paper, published in the Proceedings of the National Academy of Sciences. The team sought to find evidence before money-savers to sleeping out of schools.

Research psychologist Rebecca Spencer says there has been “a surge of research showing the long-term health and educational benefits of early education. But there was no research on napping so they were a target for elimination in order to make more time for more learning. We offer scientific evidence that the midday naps for preschoolers support the academic goals of early education.”

Spencer and her colleagues Kasey Duclos and Laura Kurdziel recruited 40 children from six preschools for the study. Children were taught a simple memory game in the morning where they had to identify and remembers the locations of pictures in a grid. Each child participated in two conditions.

In one condition children were encouraged to have a sleep during their regularly-schedule nap time, with naps lasting an average of 77 minutes. In the second condition children were kept awake for the same duration. Their memory retention was tested with the game after both conditions and the following day, to gauge the impact of a full night’s rest.

Children who had not taken a nap remembered about 65 per cent of the item locations on the grid, whereas after a sleep the figure increased to 75 per cent.

The effects may be cumulative, the authors said: “While the children performed about the same immediately after learning in both the nap and wake conditions, the children performed significantly better when they napped both in the afternoon and the next day. That means that when they miss a nap, the child cannot recover this benefit of sleep with their overnight sleep. It seems that there is an additional benefit of having the sleep occur in close proximity to the learning.”

“Until now, there was nothing to support teachers who feel that naps can really help young children. There had been no concrete science behind that... we hope these results will be by policy makers and center directors to make educated decisions regarding the nap opportunities in the classrooms. Children should not only be given the opportunity, they should be encouraged to sleep by creating an environment which supports sleep.”

The authors call for preschool officials to institute a napping regime for students’ benefit.