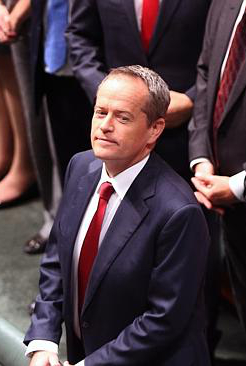 Opposition Leader Bill Shorten focused on science, technology and education in his budget reply speech overnight, vowing to push Australia to the cutting-edge.

While the speech was laden with Labor rhetoric and largely light on details, Mr Shorten did outline plans to introduce computer coding to primary and high schools, write off HECS debt for STEM students, and a range of other measures.

“Coding is the literacy of the 21st century and under Labor every young Australian will have a chance to read, write and work with the global language of the digital age,” Shorten said.

The introduction of digital coding to the school curriculum and training teachers in programming would cost about $25 million, he said, one of the few solid figures provided last night.

The Opposition says if it was in government, it would provide 25,000 teaching scholarships over five years to science graduates.

Labor also wants to forgo the student debt for 20,000 award degrees a year for five years, in an attempt to encourage more people to take on science, technology, engineering and maths (STEM) degrees.

The party pledged to devote 3 per cent of GDP to research and development by 2029, while in the shorter term providing a $500 million smart investment fund to invest in early-stage companies.

Kate Carnell from the Chamber of Commerce and Industry told the ABC that the plans sounded good, but lacked mass.

“We need to have more teachers and students in the maths and science space. The problem is we have to pay for it,” she said.

“I think Bill Shorten's comments that he was going to write-off the HECS debt of 100,000 Australians was interesting, but no idea of paying for it.

“Quite seriously those are great comments but they just don't have much substance.”

“This is Magic Pudding economics. Bill Shorten is all politics. He has no plan for Australia, and if he is ever elected there will be a very high price for Australian families,” he said.