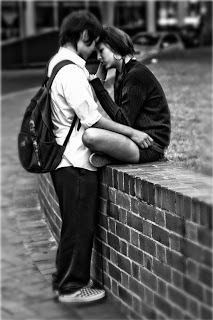 A new report brings together the views and experiences of young people in different countries, published in the online journal BMJ Open.

Schools’ failure to acknowledge that sex education is a special subject with unique challenges is doing a huge disservice to young people, and missing a key opportunity to safeguard and improve their sexual health, conclude the researchers.

The findings were based on 55 qualitative studies which explored the views and experiences of young people who had been taught sex and relationship education (SRE) in school based programmes in the UK, Ireland, USA, Australia, New Zealand, Canada, Japan, Iran, Brazil and Sweden between 1990 and 2015, with participants mostly aged between 12 and 18.

Their views showed a remarkable consistency across the wide geographical range of the study.

The feedback indicated there are distinct challenges when teaching SRE: in mixed sex classes young men feared humiliation if they were not sexually experienced and said they were often disruptive to mask their anxieties, while their female class mates felt harassed and judged by them.

Young people also criticised the overly ‘scientific’ approach to sex, which ignored pleasure and desire, and they felt that sex was often presented as a ‘problem’ to be managed.

Stereotyping was also common, with women depicted as passive, men as predatory, and little or no discussion of gay, bisexual, or transgender sex.

The second principal theme was that schools seem to find it difficult to accept that some of their students are sexually active, leading to content that is out of touch with the reality of many young people’s lives and a consequent failure to discuss issues that are relevant to them, say the researchers.

This was evident in what young people perceived as an emphasis on abstinence; moralising; and a failure to acknowledge the full range of sexual activities they engaged in. Sex education was delivered too late, some students felt.

But it also manifest in a failure to deliver helpful and practical information, such as the availability of community health services, what to do if they got pregnant, the pros and cons of different methods of contraception, or the emotions that might accompany sexual relationships.

Young people also disliked having their teachers deliver SRE, not only because they felt teachers were poorly trained and too embarrassed, but also because of the potential for this arrangement to disrupt teacher-pupil relationships and breach boundaries.

“Schools should acknowledge that sex is a special subject with unique challenges, as well as the fact and range of young people’s sexual activity, otherwise [they] will continue to disengage from SRE, and opportunities for safeguarding and improving their sexual health will be reduced,” the researchers conclude.