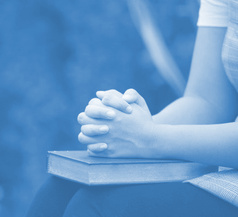 The Federal Government says it will allow schools to hire secular workers under its chaplaincy program.

Education minister Jason Clare has confirmed that the Albanese government will give schools a choice of whether to hire a religious or secular pastoral care worker through the $60-million-a-year program.

Currently, schools can only access funds to hire chaplains that are affiliated with a recognised religion.

The program has provisions to prevent proselytising, but secular groups, the teachers union and others say it still allows students to be recruited to church groups and allows chaplains to speak about religion, if they believe they have been asked.

Earlier this year, reports revealed that one of Australia’s biggest school chaplaincy providers discriminates against staff based on relationship status and sexual conduct, incluidng a ban on “cohabitation” and “sexually intrusive” behaviour.

The ALP says it is “committed to give schools the option to choose either a professionally qualified secular student welfare officer” or chaplain.

Mr Clare has told the Canberra Times: “I’ll work with the state and territory education ministers on these changes over the next few months so that it’s ready to go for when school starts next year.”

Former Coalition education minister Alan Tudge says Labor is “well aware that schools will come under pressure from activists not to employ chaplains, regardless of how effective they have been”.

“Labor has always resisted the schools chaplains program. They have an ideological objection to having religious workers in a school despite their effectiveness.”

Independent MP Bob Katter was asked about the issues, and says that Christians are “under attack”, adding that he felt it is “shameful … to see the Labor movement, which was effectively founded by a heavyweight Catholics’ movement, to be turning viciously on their own in passing a non-Christian regime upon Australia”.