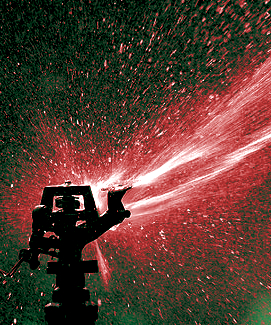 Staff rallies will continue as CSIRO fights to preserve its ranks.

There were angry gatherings outside CSIRO buildings around the country on Wednesday, as staff voiced their concerns about the impact of a proposed $115 million budget cut.

Some reports suggest up to 700 jobs will be cut from the leading research organisation this financial year.

The sites focus on a broad range of important future commodities such as cotton and other plant research, irrigation studies and investigations of bigger climate cycles and their impacts on weather and farming.

CSIRO Staff Association spokesperson Paul Girdler says nowhere else has the same concentration of projects, facilities and experienced minds, to bring about the discoveries possible at the Griffith sites.

“He can get decisions made that can change this,” Mr Girdler told the ABC.

“The National Party are partners in government, they are a party that says they are sticking up for farmers and yet they are not prepared to come out and take on the Liberals when research is done that benefits the farming community is in fact under threat.

“We want to see the National Party grow some spine in relation to this and come out and fight for this laboratory.”