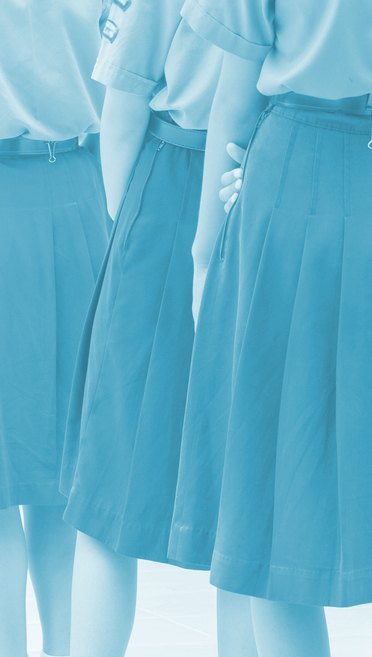 Schools across the country are resisting the push to offer pants and shorts as options for girls' uniforms.

Queensland has become the latest state to require all state schools offer pants and shorts for girls, however, progress has been slow in the private system.

Advocacy group Girls' Uniform Agenda says it has been a tough fight for sartorial equality.

“In the beginning it was a really difficult fight — it took quite a while for us to be heard by the people that mattered,” Girls’ Uniform Agenda spokesperson Amanda Mergler told ABC reporters this week.

“We have at least four states that have now put [it] into their education policy, essentially most states have come on board.”

Queensland Education Minister Grace Grace said attending an independent school should not be a barrier for female students who want the option.

“I don't want anybody to be limited by what they're wearing to engage in all of the school curriculum and activities,” she said.

Ms Mergler said some private schools are refusing to budge.

“Particularly girls-only schools — talk about empowering girls and that their whole mission is to empower young women to make really positive change and to lead us into a future, and then those same schools refuse to let the girls have the choice of shorts or pants,” Ms Mergler said.

“We think it's really connected to tradition — a lot of them say; ‘Well, we've had this uniform for a long time, it's part of our old girls' network, people really like it’.

“The anti-discrimination commissioners across Australia all agree that it is discrimination to force girls to wear skirts and dresses to school.

“With those schools in particular, we are encouraging families to go to the Anti-Discrimination Commission because families that have in Queensland, that we have supported, have been successful.”