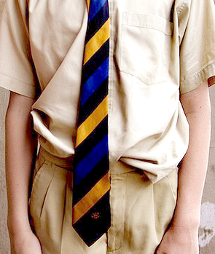 Victoria’s new Labor government has unveiled its first budget, spending big on schools and trains, but scandals in the education sector raise questions over how the money will be spent.

Victoria’s Andrews Government has unveiled $500 million for the Regional Jobs and Infrastructure Fund, about $200 million of which was committed to specific projects.

In addition, the Government pledged $12 million to build 10 new technical schools, well shy of the $100 million promised before the election.

But while the government tries to assert itself as a major spender on education, an Independent Broad-based Anti-corruption Commission (IBAC) hearing is looking into allegedly rampant misuse of funds within the school system.

The hearings are focused on a Department of Education bosses’ shady practice of distributing funds to ‘banker schools’, which are supposed to hold large sums of public money to be handed out to nearby schools if needed.

The practice created a fairly obvious avenue for corruption, an avenue allegedly taken by top Department officials and school principals.

In fact, it appears that the ‘banker school’ practice was set up by the very man who rorted it, former department finance manager Nino Napoli, sometime after he took the job in 1992.

Mr Napoli was sacked by the department in early April.

The inquiry has this week heard that one public primary school principal authorised tens of thousands of dollars of school funds to be spent on overseas trips for staff, and wine for allegedly corrupt Victorian department officials.

The business manager of Chandler Park Primary School, Mary Hannett, said the Education Department's former director of school resources, Nino Napoli, asked her to record the purchase of thousands of dollars of wine as ‘personal development’ on a tax purchase order.

Mr Napoli is accused of funnelling millions of dollars department money through a series of family-linked businesses.

This week’s evidence follows claims that the principal of Keilor Heights Primary School, Mick Giulieri, was involved in the ring too, making false applications for funding to cover previous dodgy payments.

In recorded conversations played in the investigation, Mr Giulieri can be heard at Mr Napoli’s house concocting a story for why Nino’s son Ralph Napoli would have been paid $120,000 for work he never actually performed at Essendon North Primary School, where Giulieri was principal.

In later hearings, Maribyrnong Sports Academy director Robert Carroll told the inquiry the Mr Napoli had tried to convince him to edit school records to suggest his sons, Ralph and Matthew Napoli, had been employed there several years earlier than they actually were.

Mr Carroll said he thought Matthew and Ralph Napoli had been volunteers.

“We simply thought they were getting life experience and getting into soccer. We thought it was on a volunteer basis,” Mr Carroll said.

“[Matthew] never would have been employed by the school... He didn't have the skills.”

The watchdog has heard that Brighton Primary School’s then principal Gordon Pratt bought the school’s secretary Jeff Rosewarne two espresso machines worth more than $5,000, as well as $7,000 of Italian wine.

Mr Rosewarne said Mr Napoli had acted as his accountant for years, but never charged for the preparation and filing of his tax returns.

Another relative of Nino Napoli, Daniel Calleja, was a contractor to the Department of Education.

He told that inquiry that whenever he sent invoices directly to a school, he had not done any work there.

Mr Rosewarne has given evidence that Mr Napoli acted as his accountant for a decade and he never paid for the preparation and filing of his tax returns.