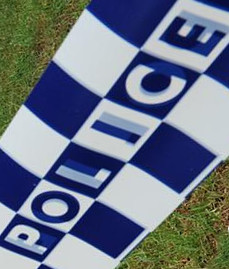 The Northern Territory Government has been criticised over plans to put police in schools.

The school-based policing program will introduce police officers into 10 schools when term four returns on Monday, in the hope of helping children at risk of disengaging from the education system.

The school-based constables model ran in the territory from the 1980s until it was watered down by the former Country Liberal Party government.

“We're going to work heavily towards absenteeism, minimising suspension rates, but the most important thing is a medium- to long-term goal, is an enhanced relationship with our students and our police officers,” NT Acting Deputy Police Commissioner Michael Murphy said.

But some human rights advocates fear it could “criminalise” students.

“[In the United States] there's been a marked increase, a substantial increase in the criminalisation of children where there's been police placed in these schools,” said Shahleena Musk, a senior lawyer with the Human Rights Law Centre.

A recent report by Dignity in Schools in the US found increased presence of police officers in schools was linked to “increases in school-based arrests for minor misbehaviours and negative impacts on school climate”.

“My former job was the manager and senior youth lawyer in NAAJA, the Aboriginal legal service up there, and I had a number of children who were arrested within their class room, handcuffed by police and marched out of school,” Ms Musk told the ABC.

“So these children, all three of them, for unrelated matters, did not go back to school after that incident.”

Ms Musk said the inquiry did not recommend placing police in schools.

“The majority of the earlier recommendations were about trying to prevent children from coming into contact with the youth justice system, particularly police, for challenging behaviours,” she said.

“I'd feel a little less nervous about police being put into schools if these police officers are highly trained, highly qualified.”