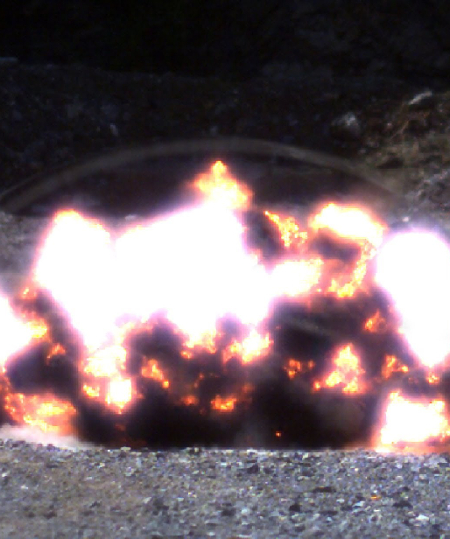 Neuroscientists have discovered a distinct and previously unknown pattern of brain injury from high explosives.

“Blast-related brain injuries are the signature injury of modern military conflicts”, explains senior researcher Dr Daniel Perl from the Uniformed Services University in the US.

“Because the underlying pathophysiology is unknown, we have difficulty diagnosing and treating these ‘invisible wounds’.”

Traumatic brain injury (TBI) caused by exposure to explosive blasts (ranging from mild concussion to memory and cognition problems) is a common injury for active soldiers.

While the long-term consequences of hidden brain injuries from explosive devices are a growing concern, very little is known about the underlying neuropathology of TBI.

Dr Perl and colleagues examined the brain tissues of eight deceased former military personnel who survived explosive attacks in combat but later died of other causes.

In five male soldiers who survived more than 6 months after blast exposure, they found a distinctive, consistent, and unique pattern of prominent scarring in parts of the brain that are crucial for cognitive function, memory, sleep and other important functions.

In case one, for example, scarring was seen in several structures associated with post-traumatic stress disorder (PTSD).

The brains of three male soldiers who died shortly after an explosive blast (4–60 days) showed a similar distinctive pattern of early scar formation in the same locations, further suggesting that this unique pattern relates to the blast itself.

Dr Perl says that while little is known about the effect of blast shockwave on the human brain, the unique pattern of damage is consistent with known shockwave effects on the human body.

“This is one small study, with limitations”, Dr Perl said.

“It is virtually impossible to obtain comprehensive head injury histories to rule out previous traumatic brain injury, or to get accurate data on injury severity such as the number of blast exposures, proximity to detonation, and power of explosion.

“ As exposure to blast shockwaves increases among soldiers and civilians in war zones, we need to further study these patterns, and compare them with soldiers’ medical history in order to build a better understanding of the neuropathology of traumatic brain injury.”