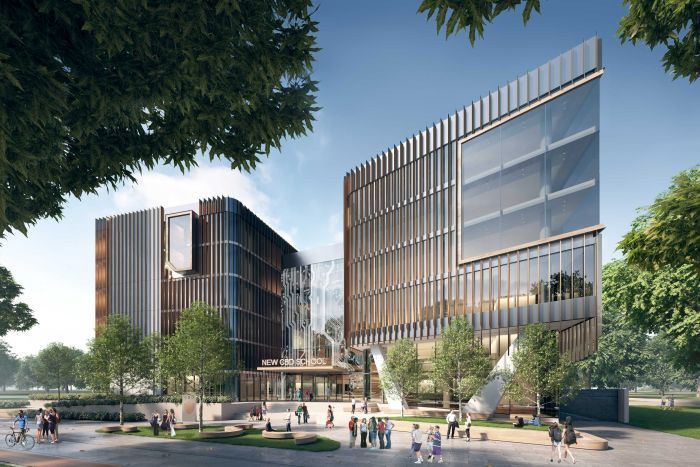 Adelaide Botanic High will be the name of city’s newest school.

The SA Government announced the name, student intake zone and principals of the new school this week.

The new site will take students from 2019, under the guidance of its new principal, the current Heathfield High School leader Alistair Brown.

Adelaide Botanic High will share its intake zone with the current Adelaide High School in the western CBD, effectively increasing the size of the existing school’s zone.

“If you live in the zone you get to go to your local school, it's just which of the two schools,” Education Minister Susan Close said.

“We don't have shared zones otherwise in South Australia, so it's a new thing to do.

“These schools are really close together and the people going tend to live on the fringes of the city.”

The expanded zone covers areas in the east, inner north, west and south to Clarence Park.

Parents within the zone will nominate their preferred school, with two sets of specific enrolment criteria so that the schools can manage demand and capacity.

“[We still have to] determine the final set of enrolment criteria to make sure that we use both of these fantastic new schools,” Ms Close said.

The new principal Alistair Brown said Adelaide Botanic would focus on preparing teenagers for jobs of the future, some of which may not even exist yet.

“The focus is starting to shift from knowledge construction... to our young people having skills for the 21st century… [by] looking at the way that we connect to learnings, so that it's actually meaningful for our young people,” he said.