Resignation and regret in Debelle inquiry 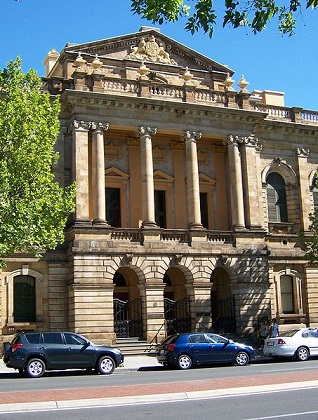 Two senior education bureaucrats have left the South Australian department in the wake of the Debelle inquiry.

Deputy chief executive Gino DeGennaro has handed in his resignation and Non-Government Schools Office chief executive Jan Andrews’ contract has not been renewed. The departures are a result of the Debelle Royal Commission’s findings, according to Education Department chief executive Tony Harrison. A further five employees are being personally counselled.

The inquiry was commissioned after it was revealed parents of a girl who was sexually assaulted at an Adelaide primary school by an after-school-hours care worker were not told of the attack until more than two years later.

Mr Harrison said he has had numerous meetings prior to Mr DeGennaro’s resignation, but that he had made the decision on his own.

Education Minister Jennifer Rankine believed the letters received by the two who will now leave their jobs had advised that “essentially the chief executive no longer had confidence in them,” she said.

Reports this week claim that of the 11 people who received letters in July showing concerns about their performance in the wake of the Debelle inquiry, so far only one was found not to be in breach of the code of conduct. However, some of the employees remain in the same position as at the time of the 2010 incident, others have been moved but not demoted.

Mr Harrison said there were ongoing investigations “to elicit additional information” from three departmental staff members, and that he would consider discussing the outcome of the disciplinary proceedings with parents involved.

“I’ve had consideration to give to the integrity of the organisation and ensuring as best I possibly can as the new chief executive I take action to ensure the public has absolute confidence in relation to the public education and child support system,” he said,

The report by former Supreme Court Justice Bruce Debelle has been called “a sobering chronicle of failures at every level within the department,” by a senior member.