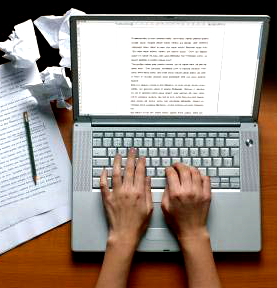 Senators from all sides of politics say NAPLAN is coming in under the mark.

Senators want the tests reformed to provide more help for disadvantaged students, and to ensure results are used for informational purposes rather than for competitive ranking.

Senate Committee chair, Labor Senator Sue Lines, says results are getting back to teachers and parents in around three months, which is too slow to be used effectively.

“Results should be available quickly so that we use the outcomes of the NAPLAN tests in a much more constructive way to enable good teaching to occur as a result of what the NAPLAN tests are telling us,” she said.

Greens Senator Penny Wright says schools should not be reduced to a results-based rank.

“Schools shouldn't feel like NAPLAN is the be all and end all test but simply a snapshot of how a student is tracking on a few areas of literacy and numeracy,” she said.

“So to combat this, this committee is recommending to do more to monitor the use of NAPLAN data to ensure it's helping kids, not creating a competitive environment with league tables.”

Committee deputy chairman, Liberal Senator Chris Back has raised the concern of anxiety for students in NAPLAN years.

“Pupils are pressured in going into this NAPLAN for fear that if they do it badly in some way their school is going to be disadvantaged,” he said.

“Of course neither do we want a circumstance in which teachers teach to the test for fear placed upon them by the bureaucracy or administration.”

Education Minister Christopher Pyne believes NAPLAN and MySchool do ensure students get what they need, but also conceded that the reporting should be sped up.

He says the Government is working on faster results and a possible move to online testing.

The report document contains an entire chapter dedicated to extra proposals from the Greens, who remain opposed to large sections of the way the testing regime is run.