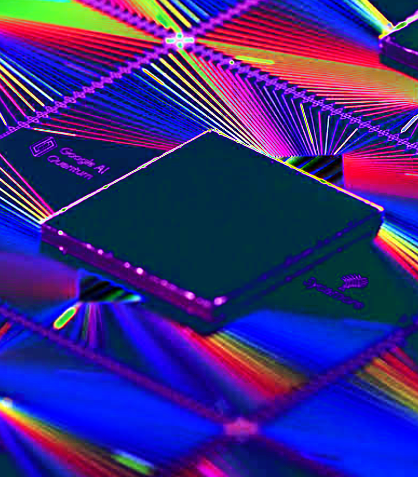 Quantum computing has reportedly reached a new milestone, massively outstripping the speed of a classical supercomputer.

Researchers at Google have created a quantum computer, called Sycamore, which was able to perform a specific task in 200 seconds that would take the world's best supercomputer 10,000 years to complete.

The quantum processor was made up of 54 qubits, or quantum bits - which use the weirdness of sub-atomic particles to calculate numbers, but one did not function properly, so the device ran on 53 qubits.

The team developed error-correcting processes to maintain high operational fidelities (up to 99.99 per cent).

The quantum processor collected one million samples of a quantum circuit in approximately 200 seconds, which would have taken a state-of-the-art supercomputer an estimated 10,000 years to do.

However, he notes that more work needs to be done before quantum computers become a practical reality, such as producing sustained, fault-tolerant operations.

IBM, a competitor in the race to build a quantum computer, questioned some of Google's figures. It was an IBM supercomputer that Google claimed would have taken 10,000 years.

“We argue that an ideal simulation of the same task can be performed on a classical system in 2.5 days and with far greater fidelity,” IBM researchers Edwin Pednault, John Gunnels, and Jay Gambetta said in a blog post.

“This is in fact a conservative, worst-case estimate, and we expect that with additional refinements the classical cost of the simulation can be further reduced.”

They also had issues with Google's definition of quantum supremacy.

“First because... by its strictest definition the goal has not been met. But more fundamentally, because quantum computers will never reign 'supreme' over classical computers, but will rather work in concert with them, since each have their unique strengths,” they said.