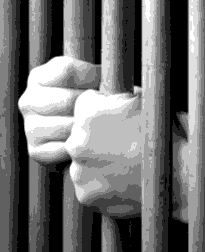 Researchers in the US have investigated the usefulness of incarceration in preventing future violent crime.

A common motivation for imprisonment following criminal convictions is the belief that prison time would stop somebody doing the same thing when they are released.

In theory, this would occur by removing opportunities for criminal behaviour, providing a chance for rehabilitation, or deterring people from committing future crimes.

However, there has been significant debate over the effectiveness of incarceration for achieving these goals, especially regarding the high social and financial costs of imprisonment.

A team from the University of California has gone over the rates of violent crime committed by individuals sentenced to prison with those sentenced to probation in Michigan, USA.

The authors analysed data from more than 100,000 felony convictions where defendants whose crimes could result in sentences of either prison or probation.

They found that serving a prison sentence was associated with a slightly reduced probability of re-arrest or conviction for a violent crime in the five years post-sentencing, when the effects of incapacitation during imprisonment are taken into account.

However, they also show that being sentenced to prison had no significant effects on post-release arrests or convictions for violent crimes, when compared to individuals sentenced to probation.

The authors conclude that prison time can prevent people from committing crimes while incarcerated, but it does not seem to affect future crime after release.