OP on the block as QLD looks for finer points 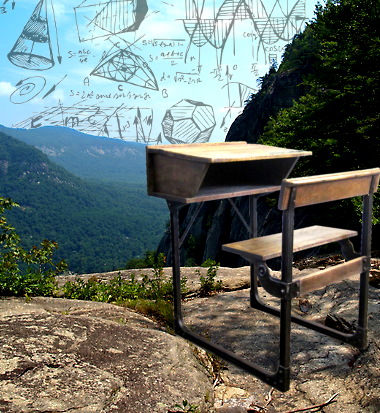 Queensland’s Year 12 and university entrance score system may be overhauled, with a new report saying the 22-year-old system no longer makes sense.

The results are bell curved so that fewer students sit on the very highest and very lowest rungs, while many more receive mid-range scores.

Queensland has been using the Overall Position (OP) system since 1992, but an independent review, 'Redesigning the secondary-tertiary interface' (available in PDF form, here), now says it has reached the end of its usefulness.

The very first of the Australian Council for Educational Research report’s 23 recommendations is to discontinue the OP system and overhaul the Queensland Core Skills Test.

It said a finer scale should be introduced, which matches the selection metrics used by universities.

“Although the current processes have served Queensland well, we believe that they will be less adequate in meeting future needs and that the time has come for a redesign,” the report reads.

“The challenge is to design senior assessment and tertiary selection processes appropriate to Queensland in the 21st century, rather than attempt to reconstruct arrangements from the past or to adopt solutions from elsewhere.”

Queensland Education Minister John-Paul Langbroek has indicated that he will strongly consider the recommendations, saying that today’s educational landscape includes a much greater amount f vocational education and other employment training, and may need to be re-tooled.

The Queensland Teachers Union (QTU) has reacted to a separate recommendation, which calls for the introduction of external assessment to account for half a subject's final mark.

The ACER review says a new system could see final marks for senior subjects based on four specified types of assessment, one of which would be set and marked externally. It said for most subjects, this external component would have the weight of 50 per cent of the total.

QTU president Kevin Bates has told the ABC: “That's certainly is something we recommended against and we need to look at how that is going to be implemented to decide our position into the future.”