Online tests to give SA teachers the edge 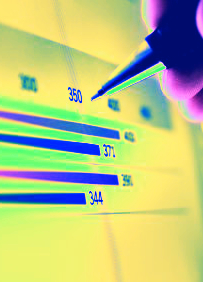 All of South Australia's government schools are getting involved in a program to give online reading comprehension and mathematics tests will to students in years three to 10.

SA has become the first state to take on the new style of annual testing, which will be administered alongside NAPLAN tests for years three, five, seven and nine.

The project will cost about $3.2 million.

SA Education Minister Susan Close said online tests would provide results that schools could use immediately, which enables teachers to evaluate their teaching and learning strategies in close to real-time.

“We know that we need kids to be better at reading and better at maths and by having an annual test with instant feedback, teachers are going to be in a much better position to support kids in the classrooms,” Ms Close said.

“It's important for teachers to constantly be reviewing their work against their peers and this kind of online assessment is part of that.

Head of education at University of South Australia, Professor Stephen Dobson, has told reporters that the exam could bring about a revolution in student testing, as long as teachers can properly examine the results.

“For a teacher who has a very busy week, and they have lots of different things happening, it's knowing which pieces of this test they can use,” he said.

“Sometimes it can be too detailed, and sometimes it's the opposite.”

He said that while they can help teachers improve their strategies, he also warned that the results must be used appropriately.

“Most of our members are telling us that they are, as a diagnostic test, quite helpful,” Mr Smith said.

“The fact that the Government is supporting this now rather than the schools having to pay for this to be done is an advantage and will be welcome.

“The tests, at least so far, have never been used to create adverse league tables of schools and communities.

“We would really want to be sure that it would not be possible for anybody to misuse the tests.

“They're used for diagnostic purposes and to be able to help the children who are struggling.

“(But) what happens, we would want to know, if you do discover that students are struggling?”

The union president said the tests should be coupled with more funding to help students who did were fell behind in the two tested areas.

It comes just a week after NAPLAN results showed South Australian students had improved, but were still below the national average in 18 categories.