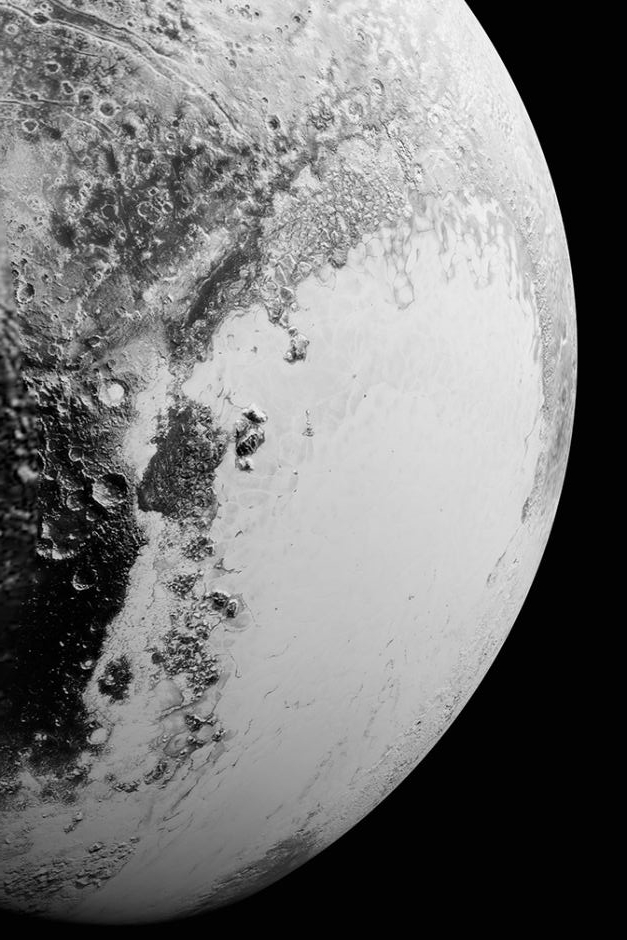 NASA's New Horizons probe has sent back a treasure trove of new information on Pluto – beaming its high-definition images 5 billion kilometres across the solar system.

The pictures shed new light on Pluto's pitted and cratered surface, exciting scientists with more detail than ever before.

It has now snapped several gigabits of imagery, which it will send back over the course of an entire year.

“This is what we came for — these images, spectra and other data types that are going to help us understand the origin and the evolution of the Pluto system for the first time,” said New Horizons principal investigator Alan Stern, of the Southwest Research Institute (SwRI) in Colorado.

“And what's coming is not just the remaining 95 per cent of the data that's still aboard the spacecraft - it's the best datasets, the highest-resolution images and spectra, the most important atmospheric datasets, and more. It's a treasure trove.

“Pluto is showing us a diversity of landforms and complexity of processes that rival anything we've seen in the solar system.

“If an artist had painted this Pluto before our flyby, I probably would have called it over the top — but that's what is actually there.”

The possibility that there are dunes on the dwarf planet's surface is of particular interest, as they indicate the atmosphere might once have been thick enough to create winds that left the formations.

“Seeing dunes on Pluto — if that is what they are — would be completely wild, because Pluto's atmosphere today is so thin,” said Washington University’s William McKinnon.

“Either Pluto had a thicker atmosphere in the past, or some process we haven't figured out is at work. It's a head-scratcher.”

The images not only give new detail on surface features, but they reveal that Pluto's global atmospheric haze has quite a lot more layers than previously realised.

For the first time, they have seen a sort of a twilight effect softly illuminating nightside terrain around sunset.

“This bonus twilight view is a wonderful gift that Pluto has handed to us,” said John Spencer, a researcher from SwRI.

“Now we can study geology in terrain that we never expected to see.”

The images are accessible here.