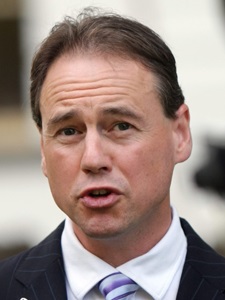 The Federal Government has announced $400,000 in funding for suicide prevention, including a program for refugees.

Health Minister Greg Hunt announced the funding during a speech to the Victorian Liberal state council over the weekend.

“There's not a person in this room, who through themselves, or their families, or their community hasn't been affected by mental health, or the tragedy of suicide. This is a national tragedy,” Mr Hunt told the party faithful.

The funding will be spread across four research projects that will contribute to the evidence-base in suicide prevention and ultimately reduce the number of people lost to suicide each year.

One project focuses on behavioural patterns at suicide hot spots, while another looks at alcohol, depression and social isolation in older Australians.

A third study will examine hospital-to-community supports to prevent repeated attempts at suicide.

A fourth project is designed to review suicide prevention tools for asylum seekers and refugees, which could be extended to those in offshore detention.

“Wherever people have mental health challenges, it's our task and it's our duty to assist and to protect them,” he told reporters.