Music helps in many ways, Mozart's mythical effect not one 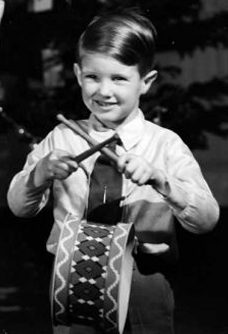 New research suggests that studying music has very little impact on a child’s general intelligence, with a finding that could spell an end to French horn lessons around the world.

There are a pile of benefits that can come from studying music or simply playing an instrument – music brings measurable changes in many children’s creativity, self-esteem and engagement, plus the repeated practice can teach much-needed focus and discipline.

However, the notion that music improves traditional intelligence appears to be a myth.

It will be good news for a raft of perfectly intelligent kids currently forced into music lessons they may have no interest in, in order to appease their parents’ desire for absolute success.

A pair of studies now published in the open-access journal PLOS ONE found no effect from music training on the cognitive abilities of young children.

“Even in the scientific community, there's a general belief that music is important for these extrinsic reasons – but there is very little evidence supporting the idea that music classes enhance children's cognitive development.”

The myth of the ‘Mozart effect’ is based - as so many are - in the publication of a dramatic and exciting study in a prominent journal, which was later proven to be false.

Though dozens of studies have explored whether music and cognitive skills might be connected, when researchers reviewed the literature they found just five studies that used randomised trials, the gold standard for determining causal effects of educational interventions on child development.

Of the five, only one showed an unambiguously positive effect, and it was tiny – just a 2.7 point increase in IQ after a year of music lessons –barely enough to be statistically significant.

For the new study, Mehr and colleagues recruited 29 parents and four-year-old children. After initial vocabulary tests for the children and music aptitude tests for the parents, each were randomly assigned to one of two classes – one where they would receive music training, or another that focused on visual arts.

“We wanted to test the effects of the type of music education that actually happens in the real world, and we wanted to study the effect in young children, so we implemented a parent-child music enrichment program with preschoolers,” Mehr said.

“The goal is to encourage musical play between parents and children in a classroom environment, which gives parents a strong repertoire of musical activities they can continue to use at home with their kids.”

The new study also had a better approach than previous methods when it came to quantifying intelligence.

“Instead of using something general, like an IQ test, we tested four specific domains of cognition,” Mehr said.

“If there really is an effect of music training on children's cognition, we should be able to better detect it here than in previous studies, because these tests are more sensitive than tests of general intelligence.”

When the results of two separate studies along similar lines were pooled to allow researchers compare the effect of music training, visual arts training and no training; there was no sign that any group outperformed the others.

“There were slight differences in performance between the groups, but none were large enough to be statistically significant,” Mehr said.

“Even when we used the finest-grained statistical analyses available to us, the effects just weren't there.

But it does not mean music has no educational value.

“We don't teach kids Shakespeare because we think it will help them do better on the SATs, we do it because we believe Shakespeare is important,” Mehr said

“There's a compelling case to be made for teaching music that has nothing to do with extrinsic benefits.

“Music is an ancient, uniquely human activity – the oldest flutes that have been dug up are 40,000 years old, and human song long preceded that,” he continued.

“Every single culture in the world has music, including music for children. Music says something about what it means to be human, and it would be crazy not to teach this to our children.”