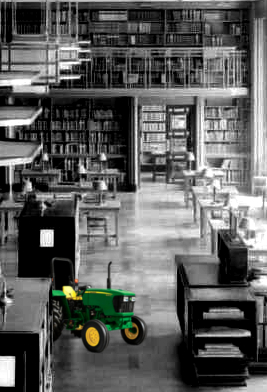 A rural Parliamentarian says Nationals MPs should be more outspoken about massive fee hikes to the degrees relevant to their regions.

Federal Government moves to deregulate university fees will push up the price of agricultural science and related degrees, in some cases increasing by over $50,000.

As enrolment numbers continue to drop many are concerned about the future of Australian farming, with so little local interest.

Charles Sturt University, which has campuses in regional New South Wales, recently announced a $2 million contingency fund to assist with spiralling education costs for students enrolled up to January 2016.

Others have flagged a restructure or rebranding of agricultural degrees to inspire more enrolments, but many agree that as the already costly studies become more expensive, numbers will inevitably drop.

It is not a good sign for those who hope Australia can ease its way out of a resource-led economy into one with a much greater focus on farming.

Federal member for Indi, independent Cathy McGowan, is urging the National part of the LNP to meet with Deans of Agriculture across universities to discuss what may be done.

She described university fee deregulation as having “the most long term, detrimental effect to rural and regional Australia.”