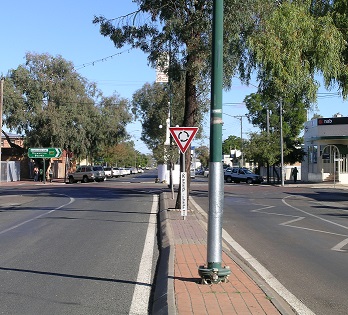 School administrators in remote New South Wales have responded to comments by Education Minister Adrian Piccoli that they were in an “appalling” and “disgusting” condition.

In a recent tour of remote and regional schools, the Education Minister said he saw some schools verging on dilapidation. Mr Piccoli was reportedly shocked at the state of Walgett High School, with its holes in the ceilings, missing drainage grates and graffiti emblazoned on nearly every surface.

“The physical condition of that school... it would never be accepted if that school was in Sydney or even in a larger regional centre,” he said

He has seemingly realised who is in charge of education in the state, after holding the minister’s position for two years, he said: “how we got to where we are is a systemic failure... in the past the accountabilities, through the department to me as the minister and the government, have not worked properly.”

Mr Piccoli said he wanted small communities to “hound him” over their particular needs. The teachers’ union says it lobbies the minister at least once a month.

Ken Weatherall, from the not-for-profit Aboriginal Education Consultative Group is all-too-familiar with the state of the schools from his regular visits to far western NSW.

“I just think that the department needs to get serious now and make some real commitments, commitment to first of all recognise it, but also get the job done,” Mr Weatherall said.

Mr Mulheron says Prime Minister Tony Abbott's failure to continue the previous government’s commitment to the Gonski recommendation means “those schools that the Minister in New South Wales is talking about, those in isolated communities, those with low SES profile, those with students with disability, those with high Aboriginal enrolments, they are the very schools that will miss out and miss out seriously.”