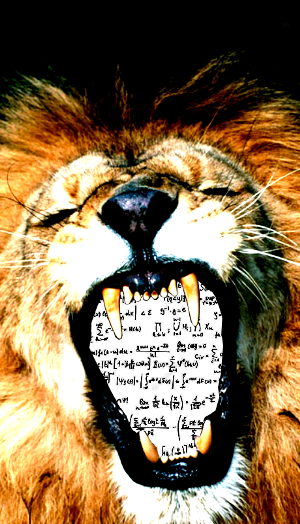 Few school subjects illicit the kind of fear and abjection that mathematics can, but researchers say there may be a genetic reason behind it.

A new study looked at how fraternal and identical twins differ on measures of maths anxiety, hoping to shed light on why some student’s results are actually reduced by their fear.

Researchers in the US found that maths anxiety taps into genetic predispositions in two ways: people’s cognitive performance in mathematics and their tendency toward anxiety.

Bad experiences and environmental aspects play a large part too, but the study suggests genetic factors explain about 40 per cent of individual differences in maths anxiety.

The study appears online in the Journal of Child Psychology and Psychiatry and will be published in a future print edition.

The researchers used statistical tools to see how various measures of anxiety and maths ability were related between the sets of twins. This allowed them to make conclusions about how differences in maths anxiety could be explained by genetic factors and how much could be explained by differences in the environments the twins encountered at home, at school and elsewhere.

A large motivator for the study was trying to work out how important the genetic component of maths anxiety is in children, and how it originates. Researchers wanted to know whether a lack of maths skills spurred the dislike, or whether the predisposition to anxiety meant some students were behind from the start.

“We found here that it is both,” professor of psychology Stephen Petrill says.

“[Maths] anxiety is related to both the cognitive side and the affective side of general anxiety,” he said.

“We have to help children learn to regulate their emotions so that the anxiety doesn’t keep them from achieving their best.”

The researchers say they hope to develop tools to prevent the two elements from compounding each other, creating a downward spiral where genetic risks to anxiety and poor math performance work with environmental influences to lead to math anxiety. This may lead to further problems in math performance, which exacerbates the math anxiety symptoms.

The research group is now using EEGs to measure real-time brain activity associated with the anxiety responses during maths and non-mathematical problem solving.

“If we can get a better idea of what provokes this anxiety response, we may be able to develop a better intervention for those with math anxiety,” Petrill said.