Macquarie success is clear lesson for others 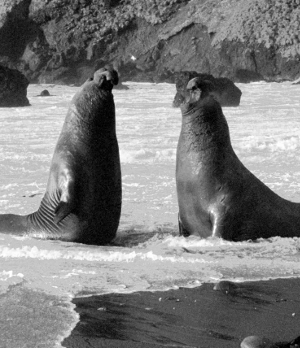 Seven years of incredible conservation efforts have led to the declaration that Macquarie Island is free of pests.

Nearly a decade has been spent ridding the fragile island ecosystem of rats, rabbits, mice and other outsiders.

The success of the plan has gained international acclaim, with many saying it is the most significant environment achievement of its type in years.

A $25 million project was launched in 2007 to eradicate pests from the 13,000-hectare island, which was jointly funded by Australian and Tasmanian governments.

Targeted baiting was used, followed by a system of sweeps by human hunters and their dogs.

A subsequent monitoring program has gone two years without detecting any pests.

Project manager Keith Springer has told the ABC that the monitoring process was extremely rigorous.

“We've had teams that have scoured the island by day and by night, covering a total of 92,000 on the island,” he said.

“In terms of their tracked travel, searching every nook and cranny that they could access... there's none left, no rabbit and no rodent.”

The Tasmanian Government has hailed it as the most successful island pest-eradication program ever undertaken.

A former project manager said in a radio interview that the lesson learned will be shared around the world.

“There's been intense interest in the progress of the eradication on Macquarie because rabbits, rats and mice haven't been eradicated from an island of this size, all at the same time before,” Noel Carmichael said.

“It really is an important step in progressing the field of island eradication.

“We've certainly been able to share some of the lessons that we've learnt on Macquarie with the people planning the [South Georgia Heritage Trust Habitat Restoration Project in the US] amongst others.”

“So it's a good thing to be able to share and try to progress other results around the world,” he said.