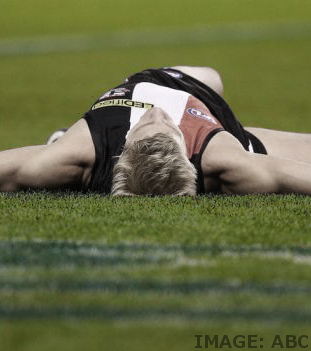 Queensland scientists have launched a large-scale study of brain changes following a concussion.

While the state’s capital celebrates the weekend’s repeated head knocks, experts want to know what might happen in the long term.

The study at UQ’s Queensland Brain Institute (QBI) aims to recruit healthy athletes for brain scans, with follow-ups at regular intervals if they experience concussion.

“Through functional MRI brain scans taken before and following a concussion, we will assess the amount of time the brain requires to rest and heal,” Dr Nasrallah said.

“This study will also help to assess whether the early changes seen with imaging can be detected on memory tests or using biomarker measures.”

The study follows QBI’s #nobrainnogame campaign launched in 2016 to raise awareness of the dangers of concussion, which received the backing of sporting codes across the country.

QBI Director Professor Pankaj Sah said the study aimed to minimise the risk of long-term damage thought to be caused by concussion.

“Understanding more about concussion and recognising the appropriate timeframe to be excluded from sport to prevent further injury to the brain will help keep the community involved in sport and protect player well-being.

“QBI has the depth of expertise to research not just better diagnostics and treatments for concussion, but to investigate the long-term effects of repeated concussion, which can include dementia.”

Researchers are now recruiting healthy participants aged between 18 and 40, who play sport in Brisbane and have no clear history of trauma or severe concussions that have led to unconsciousness lasting more than 30 minutes.