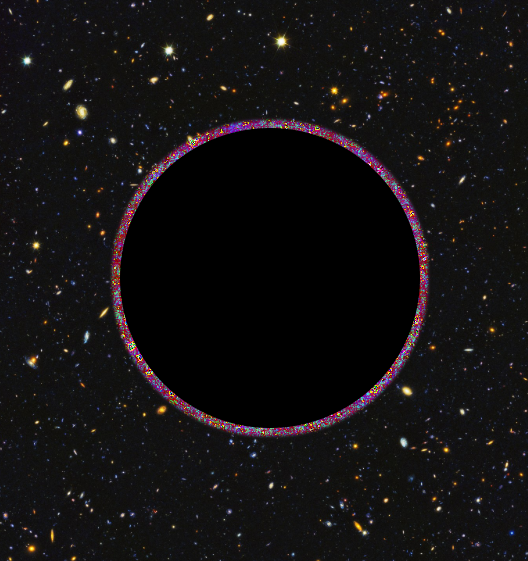 Australian scientists may have been the first to witness the end of a neutron star as it was engulfed by a black hole.

On August 14, Australian and international researchers from the LIGO (US) and Virgo (Italy) gravitational wave observatories detected the tickles in the cosmos triggered by the event, which was immediately reported on a public database available to the world’s astronomers.

Gravitational waves are small vibrations in the spacetime continuum caused by accelerating objects.

Earlier this year, researchers got measured a possible collision between a black hole and neutron star, but the signal was weak and could have been a false alarm.

This latest signal, however, is very loud.

It was observed by both LIGO detectors and the Virgo detector, with a total false alarm rate estimated to be 1 in ten septillion years.

That means it would take a quadrillion times longer than the age of the Universe to get an event like this by accident from noise alone.

It is estimated that the collision between the two objects occurred around 900 million light-years away, and within an area about 23 square degrees across the sky (for comparison, the moon is about half a degree across).

The detection is considered important not just because it would be the first time a neutron star has been seen being eaten by a black hole (which to date has only been hypothesised), but it would confirm that these sorts of mergers exist, and help understand how such systems were formed.

Australian researchers from the ARC Centre of Excellence OzGrav, which is part of the international LIGO-Virgo Collaboration that made the discovery, are now busily scouring the sky with a network of telescopes to see whether this collision also produced visible light.

They know very precisely where in the sky this event occurred. So over the next few days, they will stare at this patch of sky, and will either observe a cosmic fireball associated with a neutron star being ripped apart by a black hole, or they will see nothing.

If telescopes see nothing, it might be that the neutron star was swallowed whole by the black hole without being ripped apart.

There is also the intriguing possibility that the swallowed object was not in fact a neutron star, but was a very light black hole, lighter than any other black hole we know about in the Universe. Time will tell.