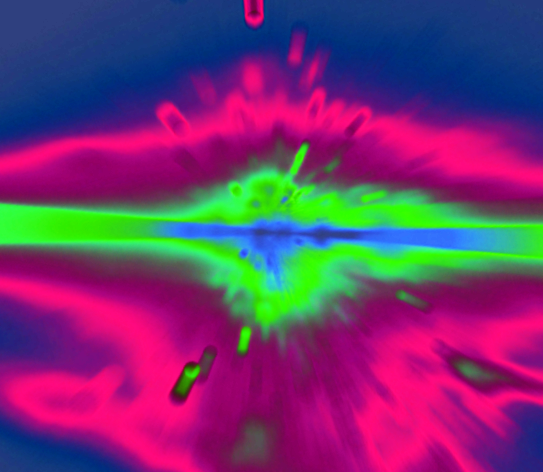 Australian quantum theorists have shown how to thwart limits on the coherence of lasers.

For over 60 years it has been believed that there are fundamental physical limits on the coherence of lasers.

The coherence of a laser beam is defined by number of photons (particles of light) emitted consecutively into the beam with the same phase (all waving together).

Each of them went on to win a Nobel prize for their laser work.

“They showed theoretically that the coherence of the beam cannot be greater than the square of the number of photons stored in the laser,” he said.

“But they made assumptions about how energy is added to the laser and how it is released to form the beam.

“The assumptions made sense at the time, and still apply to most lasers today, but they are not required by quantum mechanics.”

In a new paper, Prof Wiseman’s team has shown that the true limit imposed by quantum mechanics is that the coherence cannot be greater than the fourth power of the number of photons stored in the laser.

“When the stored number of photons is large, as is typically the case, our new upper bound is much bigger than the old one,” he said.

This opens up the question of whether the new bound on coherence be actually be achieved.

“By numerical simulation we have found a quantum mechanical model for a laser which achieves the theoretical upper bound for coherence, in a beam that is otherwise indistinguishable from that of a conventional laser,” he said.

Mr Travis Baker, a PhD student on the project at Griffith University, says it may take some time develop these new super-lasers.

“But we do prove that it would be possible to construct our truly quantum-limited laser using superconducting technology,’ he said.

“This is the same technology used in the current best quantum computers, and our proposed device may have applications in that field.”

“Our work raises many interesting questions such as whether it could allow more energy-efficient lasers,” Professor Wiseman said.

“That could also be a great benefit, so we hope to able to investigate that in the future.”