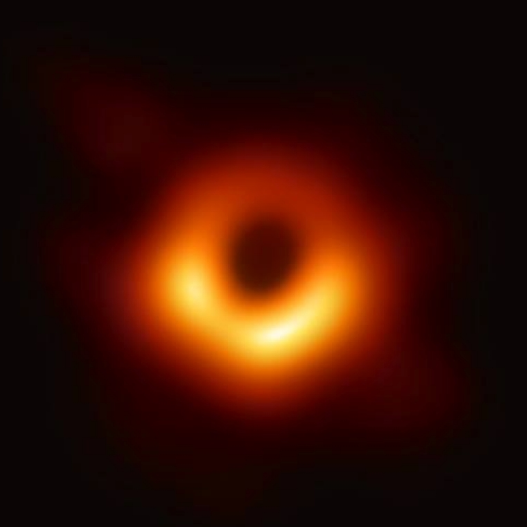 Researchers have obtained the first image of the black hole at the centre of our galaxy.

It is the first direct visual evidence of the presence of the black hole, Sagittarius A, at the centre of the Milky Way,.

It was captured by the Event Horizon Telescope (EHT) - an array which links together eight radio observatories across the planet to form a single Earth-sized virtual telescope.

The EHT is so powerful that it could observe a doughnut on the Moon, and measure how big the hole is.

The telescope was designed to spot the “event horizon” - the boundary of the black hole beyond which no light can escape.

Although it is impossible to see the event horizon itself, because it cannot emit light, glowing gas orbiting around the black hole reveals a telltale signature: a dark central region, called a “shadow”, surrounded by a bright ring-like structure.

The new view captures light bent by the powerful gravity of the black hole, which is 4 million times more massive than the Sun.

Professor James Miller-Jones - Science Director at the Curtin University node of the International Centre for Radio Astronomy Research - has described the imaging process as “incredible”.

“The Event Horizon Telescope Collaboration have achieved a quite remarkable feat,” he said.

“It was extremely impressive to see how they overcame the daunting technical challenges of imaging a rapidly-varying source, blurred by the effects of the gas lying along our line of sight to the black hole.

“Excitingly, the near-perfect agreement of the image with the theoretical predictions shows that Einstein's General Relativity has passed yet another stringent test, and … provides further confidence in our understanding of how a black hole looks and behaves.

“However, this is only a first glimpse into the black hole at the centre of our Milky Way; ongoing telescope upgrades should provide sharper images, and the next-generation facility being planned is aiming to provide real-time movies of black holes, allowing us to study the turbulent environment around these exotic objects. “