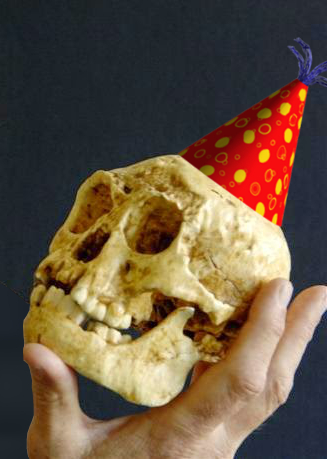 One of our ancient ancestors has turned ten years old, but a modern expert says we are just starting to find out who it was.

On the 10th anniversary of the discovery of the Homo floresiensis, an ANU archaeologist is looking back on the rumours and scandals in the life of our hobbit-like cousins.

Dr Debbie Argue said the surprising discovery of Homo floresiensis, announced on 28 October 2004, was a result of a dispersal of an early lineage from Africa around two million years ago that spread as far as the island of Flores in Indonesia.

“It’s amazing that these early members of our genus survived there, on the remote island of Flores until so recently, only 14,000 years ago,” she said.

The discovery of the partial skeleton of a one-metre tall hominid triggered a decade of controversy about the origin and spread of this little member of our family tree.

The only hominid fossils similar to Homo floresiensis are found in Africa, dating from between 2 – 3 million years ago. The discovery was so unexpected at the time that some archaeologists thought it was an April fool’s joke, Dr Argue said.

“It challenged so many of our ideas about human evolution, we really had to test all the possible explanations for it,” she said.

Many of the theories have not survived testing, such as those that proposed that the skeleton was one of a Homo sapiens (modern human) with a condition, such as microcephaly that stunted its growth, or Down Syndrome.

“The Indonesian-Australian team has discovered a range of bones that date from around 74,000 years ago that have archaic characteristics, such as the lack of a chin, prominent bone structure around the eyes, legs relatively short in relation to arms (like chimps) and ape-like wrists,” she said.

“This is not just a few sick individuals, it’s clear that we are dealing with an extraordinary episode in human evolution.”