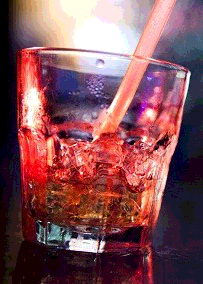 “Drunkorexia” is a growing and dangerous trend among young women, a new study shows.

The first empirical study with Australian women shows the problem is actually more severe in Australia, with nearly 60 per cent of female university students sampled admitting to regular drunkorexia behaviour.

Drunkorexia is the use of dietary restriction, exercise, self-induced purging, and other extreme weight-control behaviours, to offset the calories anticipated or ingested from drinking alcohol and until this research the problem had only been measured anecdotally in Australia.

“I had come across research that was conducted in America suggesting young female adults had begun a new problematic trend that intertwined two major health problems in Western countries - disordered eating and alcohol misuse – but I couldn’t find any evidence for its prevalence in Australia,” says University of South Australia School of Psychology Social Work and Social Policy researcher Alissa Knight.

“Although drunkorexia is currently a non-medical term, concern is rising steadily among health professionals, about the effects that drunkorexia-type behaviour can have on cognitive, behavioural, and physical health outcomes.”

A considerable percentage (57.7 per cent) of the sample group reported frequently engaging in various disordered eating and other extreme weight-control behaviours 25 per cent of the time or more in the three months before, while at, or after a planned drinking event, to compensate for anticipated alcohol calories.

“In general when alcohol is not involved these girls lead a normal life without any disordered eating behaviours. This finding suggests that drunkorexia may represent a new subtype of eating disorder that differs from traditional eating disorders on the basis of the underlying motivation.

“Drunkorexia appears to have evolved from the need for young girls to meet possibly the two most prominent social norms for young adults – drinking and thinness.”