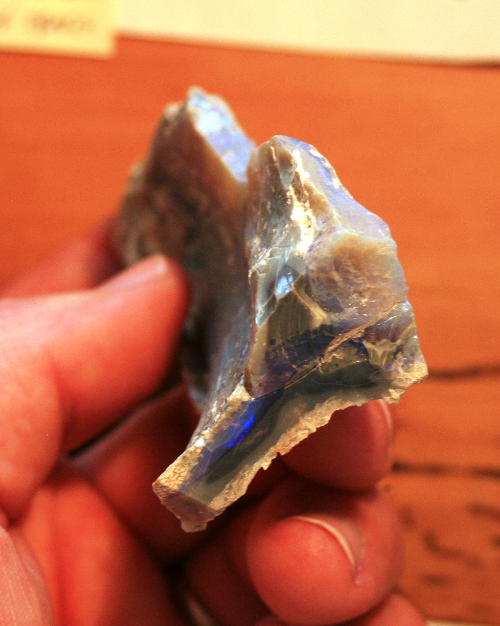 A new carnivorous dinosaur has been discovered in the opal-mining town of Lightning Ridge, NSW.

The ancient beast has been dubbed “Lightning Claw”.

It was approximately 7 metres long, and is the largest carnivorous dinosaur known to have lived in Australia, and only the second in Australia identified from more than a single bone.

Palaeontologist Dr Phil Bell from the University of New England is the lead author of the recently published study on the new prehistoric carnivore.

“I immediately recognised this fossil was something new,” Dr Bell said.

“When I compared it to other Australian and South American dinosaurs, it was clear it was a megaraptorid which is relatively rare group of dinosaurs, mostly known from Argentina.”

The skeleton, discovered by miners Rob and Debbie Brogan, consists of a foot bone, parts of the hip, ribs, forearm, and a giant claw from the hand.

“What is fascinating about this discovery is it changes the popular notion that Australian dinosaurs came from ancestors derived from Africa and South America – instead the ‘Lightning Claw’ appears to be the ancestor of all megaraptorids, meaning this group appeared first in Australia,” Dr Bell said.

The bones come from the Early Cretaceous period and are close to 110 million years old.