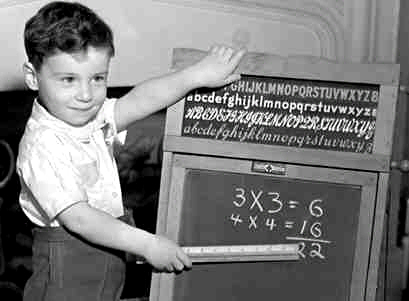 A new study shows that teaching can be a good way to learn.

“When compared to learners expecting a test, learners expecting to teach recalled more material correctly, they organised their recall more effectively and they had better memory for especially important information,” said Professor John Nestojko, a psychological researcher in the US.

The study used a series of reading-and-recall experiments in which one group of students were told they would be tested on a selection of written material, while another group was led to believe they were preparing to teach the passage to another student.

In reality, all participants were tested, and no one actually engaged in teaching.

The findings suggested that simply telling learners that they would later teach another student changes their mindset enough to engage in more effective learning than their peers, who simply expected a test.

“The immediate implication is that the mindset of the student before and during learning can have a significant impact on learning, and that positively altering a student's mindset can be effectively achieved through rather simple instructions,” Nestojko said.

Study participants who expected to teach produced more complete and better-organised free recall of the passage and, in general, correctly answered more questions about the passage than did participants expecting a test, particularly questions covering main points.

“When teachers prepare to teach, they tend to seek out key points and organize information into a coherent structure,” Nestojko said.

“Our results suggest that students also turn to these types of effective learning strategies when they expect to teach.”

The study suggests that instilling an expectation to teach may be a simple, inexpensive way to increase learning efficiency in the classroom.

The full paper is accessible here, for a fee.