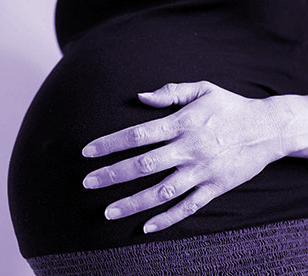 KPMG says Australia can generate 30,000 additional workdays per week for the economy by getting mums back into work.

The report addresses the problem caused by the interaction of Australia’s tax and transfer systems.

With some components based on family, rather than individual, income this has the effect of creating very high work disincentives for secondary earners. KPMG has defined this as the Workforce Disincentive Rate (WDR) – a measure of the deterrent facing secondary earners, more often women, wanting to work more hours.

While the current CCS has improved the financial position of many families, others continue to face WDRs topping 100 percent - meaning a family is actually worse off when this person works additional hours.

“There would then be a top-up payment through the CCS system. This would benefit households across the income scale, but especially those at modest incomes who can least afford to be prevented from working more hours.”

For example: a healthcare worker earning $50,000 and working 4 days a week has a marginal day’s income of $12,500. She might currently lose 88 percent of the income by working that fourth day - $6,200 in income tax and withdrawn family tax benefit and $4,800 in additional childcare costs for 2 children (net of CCS). So she would currently keep just $1,500 of the $12,500 earned by the fourth day’s work each week over the year.

But under KPMG’s proposal, she would keep almost 50 percent of the money earned by that fourth day’s work. Her WDR cap (marginal income tax rate plus 20 percent) would be 54.5 percent instead of the current 88 percent and she would receive a top-up payment of $4,188.

A financial services professional earning $120,000 over five days, by contrast, would under the current system have a WDR of 68 percent - so keeping 32 percent of the fifth day’s pay. Her WDR cap under KPMG’s plan would be 59 percent - keeping 41 percent of the money earned - with a top-up payment of $2,160.

KPMG says these examples illustrate the meaningful, and progressive impacts of the proposal, which would similarly benefit those on incomes in between these two illustrative points. Higher earners have a higher WDR cap and their top-up payments would be capped at $10,000.

“In addition, we repeat our previous call for the withdrawal of the current CCS ‘cliffs’ that a family can fall off, when just one extra dollar earned could cause that family to lose up to $5,000 of subsidy. This is an inherent quirk in the system and could be addressed by replacing the cliffs with tapering of the rate of CCS as a family’s income increases,” Ms Kitchen added.

Grant Wardell-Johnson, Partner, KPMG Economics & Tax Centre, said: “Given Australia’s weak productivity performance, it is crucial that we make better use of the skills and experience of many parents who have taken time out of the workforce to bring up children.”

“Our economic modelling in this report shows the proposals would generate an additional $678m – using conservative assumptions – at a cost of $368 million in extra CCS spending.

“The support the proposals give to closing the workforce participation gap will also contribute to reducing the current gender pay and superannuation gaps which women experience.”