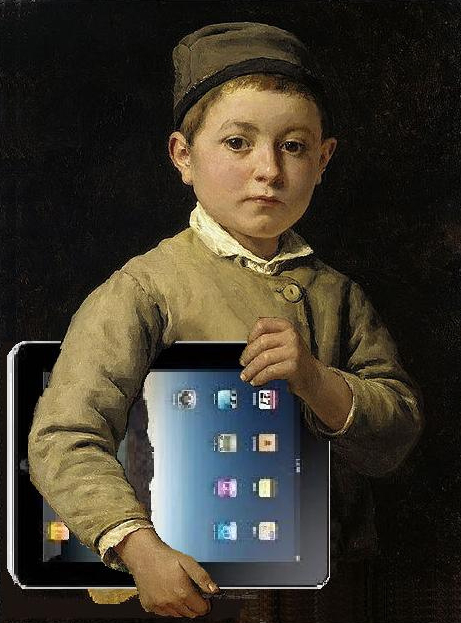 Emoticons just don’t cut it - a new study says children’s social skills are being reduced by their excessive use of digital screens and media.

The short study found that grade-six students who went five days without even glancing at a smartphone, television or other digital screen performed better at reading human emotions than their classmates who spent hours each day looking at their electronic devices.

“Decreased sensitivity to emotional cues — losing the ability to understand the emotions of other people — is one of the costs [of digital media],” UCLA professor of psychology Patricia Greenfield says.

“The displacement of in-person social interaction by screen interaction seems to be reducing social skills.”

The research has been published in the journal Computers in Human Behaviour.

Psychologists studied two sets of public school students: 51 who lived together for five days at a nature and science camp, and 54 others from the same school who did not.

The camp did not allow students to use electronic devices of any kind - a policy that many students found to be challenging, but counsellors said most adapted to quickly.

At the beginning and end of the study, both groups of students were evaluated for their ability to recognise other people’s emotions in photos and videos. The students were shown 48 pictures of faces that were happy, sad, angry or scared, and asked to identify their feelings.

They also watched videos of actors interacting with one another and were instructed to describe the characters’ emotions.

The children who had been at the camp improved significantly over the five days in their ability to read facial emotions and other nonverbal cues to emotion, compared with the students who continued to use their media devices.

In the researchers’ analysis of the photo tests, those at the camp made an average of 9.41 errors at the end of the study, down from 14.02 at the beginning.

The students who did not attend the camp recorded only a minor change, and no change at all when it came to reading emotions in video footage.

Students who attended the camp showed marked improvement on both the photo and video analysis.

“You can’t learn nonverbal emotional cues from a screen in the way you can learn it from face-to-face communication,” said lead author Dr Yalda Uhls.

“If you’re not practicing face-to-face communication, you could be losing important social skills.”

Students in the study reported that they text, watch television and play video games for an average of four-and-a-half hours on a typical school day.