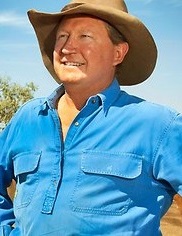 The Australian Government needs an entirely new approach to job training and education for its Indigenous residents, according to philanthropist and businessperson Andrew Forrest.

Mr Forrest will today chair the first sitting of the panel appointed to review the Government’s Indigenous training and employment programs.

He says members of the Indigenous population should be encouraged to take up training in areas of existing employment demand, moving away from a welfare-driven directive.

“We don't try and invent the market; we try and fill the existing market. That's where we've been going wrong... the existing system has been tried and disproved for decades and decades,” Forrest said.

“If you look hard at the bleeding heart attitude to always throw money at issues, throw money at problems, what you're in fact probably saying is you're exercising a prejudice of low expectations... so it's a demand-driven model where the employers say what we need and we supply into that need.”

Mr Forrest is known for his considerable success in the procurement of minerals.

He says the turnaround from welfare to subsistence can be quick.

“Statistically after six months, if an Indigenous or non-Indigenous person has come off welfare, even long-term welfare, and has stuck in that job for six months, then they've really broken in their own psychology the welfare reliance mentality... they're up on their own two feet. They're away and they're paying tax and they're contributors to society.”

Meanwhile, Indigenous communities in North Queensland have made a late bid for representation on the Indigenous Advisory Council to tackle disadvantage in Aboriginal and Torres Strait Island communities

The full Council is expected to be announced today, but an Indigenous leaders' forum in Cairns has launched a last-minute nomination of two local elders.

Lockhart River Mayor Wayne Butcher said he hoped they will be considered.

“It's important that there is a process here already where elected members from [a] grassroots level have been elected through a democratic process by their people,” Councillor Butcher said.

“It's only fair that we have that voice be heard at a national level now.”