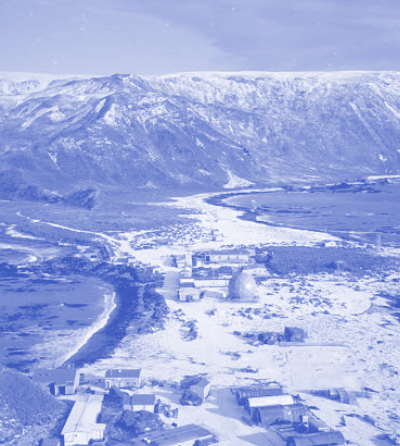 The Australian Antarctic Division (AAD) has achieved a gender balance on the sub-Antarctic Macquarie Island for the first time.

There are currently seven men and seven women enduring the extreme conditions to carry out important fieldwork and research.

Research station leader Kat Panjari recently returned from an expedition in which all the leadership roles were filled by women.

“I feel really privileged to have led that team and I must say it worked really well and we had such a fantastic season,” she said.

She said having more women in the team simply made the environment feel more “normal”.

“I think it just feels like a normal workplace,” she said.

“I think we're trying to replicate normal society and I think having an equal number of men and women in a normal work team just felt really normal and it was really a great success.”

“So you're blazing a trail, Kat. It's great,” Mr Ellis said.

In a new AAD recruitment drive, women are front and centre in advertising campaigns for the 150 jobs up for grabs in the 2020-21 season.

The roles are predominately for trades like plumbers, chefs, electricians, mechanics and a medical practitioner.

Expedition mechanic Amy Chetcuti says her time at the Mawson and Davis research stations allowed her to move beyond her own expertise.

“It's a long list when you look at the machinery on the station, and from a trades perspective you won't find a job like it anywhere else in the world,” Ms Chetcuti said.

“I definitely came home with a lot more skills than I went down with, and not just skills within my trade, but in things like hydroponic vegetables and helping out in the kitchen as well as helping other trades

“It's about so much more than just a job. [You] see animals in their natural habitat and become part of that, and there is also an amazing sense of community on station, you become one little family.”