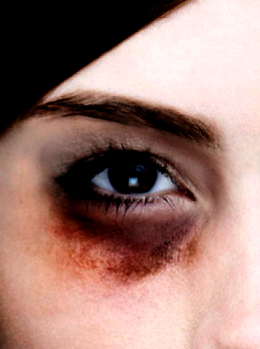 A survey has found truly disturbing rates of violent attitudes toward women among everyday Australians.

One in five Australians agree that a woman was partly responsible for rape if she is intoxicated, the National Community Attitudes towards Violence Against Women Survey (NCAS) finds.

One in six believe that women sometimes say “no” when they mean “yes”.

Even worse, the disturbing rate of violent attitudes towards women are increasing.

The survey asked 17,500 Australians over the age of 16 for their views on violence against women and gender equality.

Most people surveyed understood that domestic violence was a crime and that women were far more likely to be the victim, and almost all (98 per cent) people surveyed said they would intervene if a woman they knew was the target of violence.

But still, a high number of Australians still believe that there are legitimate excuses for violence and rape.

The report plots a link between peoples’ understanding of the issues of domestic violence and sexual assault, and how supportive they were of gender equality.

Thus, the more people subscribed to archaic and harmful gender stereotypes, the more likely they were to excuse, trivialise or justify violent behaviour.

The survey is commissioned by the Department of Social Services and undertaken by Victorian state government authority VicHealth in collaboration with other research institutions.

VicHealth CEO, Jerril Rechter, said she was concerned about the number of people - men and women - who still believed that rape and physical violence were justifiable, and that women were often partly to blame.

“A culture that excuses rape and violence is one that allows it to happen,” she said.

“We need to focus our efforts on the younger generation to teach them how to nurture equal, caring, respectful partnerships throughout their lives.

“All women deserve to be respected... and to be safe, but sadly this is not the case for so many in Australia right now.”

One of the lead researchers, University of Melbourne’s Dr Kristin Diemer has written the following article for The Conversation, detailing the disturbing findings and implications.