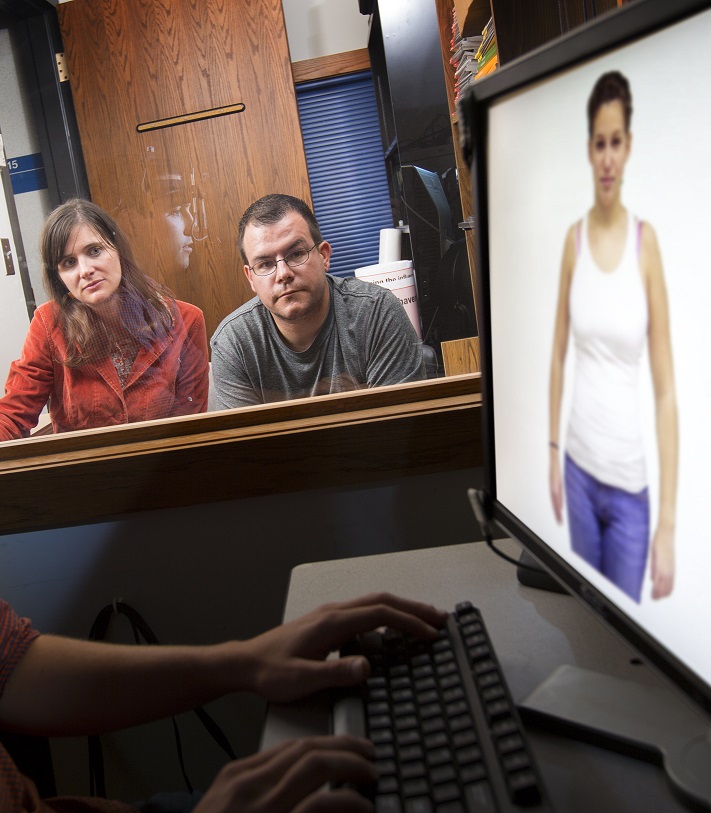 Most people have experienced anything from a longing gaze to a creepy stare, but now science has shown some of the specifics behind the ways we check each other out.

Since the dawn of time, females have had to remind the wandering eyes of males where their faces are located.

A study by the University of Nebraska in the US has now empirically documented the nature of the roving view when it comes to women's bodies. Research by psychologists Sarah Gervais and Michael Dodd employed eye-tracking technology to intricately map the visual behaviour of men and women as they viewed images of different females and body types.

When asked to focus on a woman's appearance participants of both genders were seen to quickly move their eyes toward, and dwell upon, breasts and other sexualised body parts.

Researchers outfitted 65 college students with an eye-tracking device and had them look at 30 photos of 10 college-aged women. Participants either rated the appearance or perceived personality of the female in each picture.

Each original image was manipulated to enhance or decrease the women's sexualised body parts in an attempt to determine whether specific body types were more or less likely to be objectified.

Men in the study consistently exhibited the targeted full-body evaluation, but the researchers found that women’s eye patterns were not all that different. However, male participants clearly regarded curvaceous women more positively than women with fewer curves, whereas female participants made a less obvious distinction.

“We do have a slightly different pattern for men than women, but when we looked at their overall dwell times – how long they focused on each body part – we find the exact same effects for both groups,” Gervais said.

“Women, we think, do it often for social comparison purposes.”

The study has given solid backing to the anecdotal evidence of the effect a simple glance or lingering look can have.

Gervais says objectifying gazes have been proven to have a number of negative consequences.

“It can undermine [women's] work performance. It can cause them to self-silence and its related to increased perceptions of sexual harassment,” Gervais said.

“If you think about all of the negative consequences, figuring out what's triggering all of those consequences, that's the first step toward stopping it from happening.”

“By characterising the manner in which people fixate on the body when engaging in objectifying behaviour, it also becomes possible to determine methods of reducing this behaviour. That's what the personality manipulation part of the study did – that's a huge positive,” Dodd said.

“It's not as though looking at the body of someone has to be, or is, a default behaviour. It just may be the case that cognitive control is required to engage in more appropriate, and less damaging, visual behaviour.”

The study has been published in the journal Sex Roles.