Happy charity drive has serious side 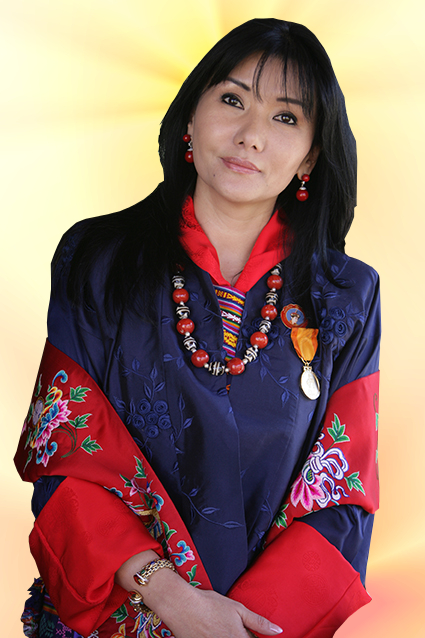 The Queen Mother of Bhutan is in Canberra to encourage young women to higher levels of education.

Her Majesty Gyalyum Sangay Choden Wangchuck is known for her all-terrain advocacy of girls’ education, which has seen her riding horseback through snow and trekking long distances on foot to remote communities to spread the message.

The step-mother to Bhutan's King Jigme Khesar Namgyel Wangchuck was welcomed by Bhutanese students from the University of Canberra, who performed a traditional dance in celebration of her visit.

The Queen Mother is here to support the efforts of the Australian Himalayan Foundation (AHF), a charity that reaches out to Australian sponsors for funds provide education facilities in Himalayan countries including Nepal, India and Bhutan.

AHF has joined forces with the Queen Mother's own RENEW charity, which counts among its goals; “Addressing traditional biases and mindsets in Bhutanese society” and “working on women being accepted as equal partners in everyday life”.

“It's all part of a major cause of hers,” the AHF's Simon Balderstone told the ABC.

“Which is empowerment of women and girls, to give them more life and work opportunities, and to bring them into leadership positions.”

He said there is much that local organsations can do.

“Our program provides them with basic needs like school meals, which is often the only meal they'll have in the day, school textbooks, and boarding facilities,” he said.

“The Queen Mother does an incredible job. She actually walks out there, or rides horses out there to visit these very remote communities.

“She started this program, it's her passion, and she does an amazing hands-on job.”

Far from a simple slogan, the country has fully adopted a Gross National Happiness standard and uses it to “orient the people and the nation towards happiness, primarily by improving the conditions of ‘not-yet-happy’ people,” The Centre for Bhutan Studies in Thimpu says.

According to their measurements; 10.4 per cent of Bhutan identifies as ‘unhappy’, while the remainder can be dived into ‘narrowly happy’, ‘extensively happy’, or ‘deeply happy’.