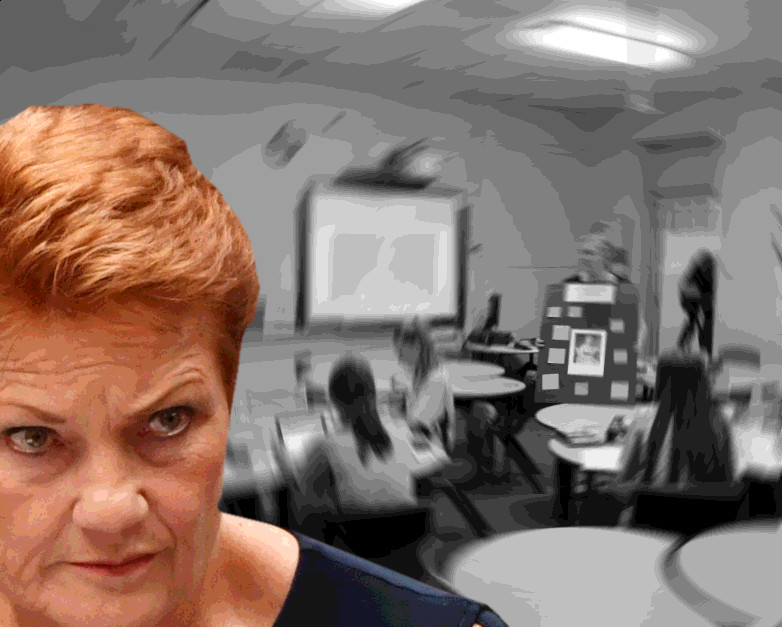 One Nation leader Pauline Hanson has been near-universally condemned for saying students with disabilities should not be in mainstream classes.

Senator Hanson believes teachers are too encumbered by having to teach children with a range of ability levels within one classroom, calling for a return to specialised classes.

This view is not borne out by facts.

Research suggests students with disability do not impact on the learning of other students, while other studies show that students can benefit from learning alongside their disabled peers.

In fact, it appears that students with disabilities in mainstream schools achieve higher grades than their segregated counterparts.

Still, Senator Hanson is worried about the use of teachers' time.

“These kids have a right to an education, by all means, but, if there are a number of them, these children should go into a special classroom and be looked after and given that special attention,” she said.

“Most of the time the teacher spends so much time on them they forget about the child who is straining at the bit and wants to go ahead in leaps and bounds in their education.

“That child is held back by those others, because the teachers spend time with them.

“I am not denying them. If it were one of my children I would love all the time given to them to give them those opportunities. But it is about the loss for our other kids.

“It is no good saying that we have to allow these kids to feel good about themselves and that we do not want to upset them and make them feel hurt.

“I understand that, but we have to be realistic at times and consider the impact this is having on other children in the classroom.

“Our education is very important, and I feel that it needs to be handled correctly and we need to get rid of these people who want everyone to feel good about themselves.”

Experts say studies exploring the views of teachers strongly indicate that inclusion is beneficial and valuable.

Disability advocates point out that Senator Hanson does not have a full scope of the system she wants scrapped.

“What the evidence does tell us is that students with a disability perform much worse when they are put away in segregated settings and denied the benefits of a mainstream face-to-face education,” People With Disabilities ACT campaign manager Craig Wallace said.

“Any Australian still listening to that woman needs to seriously think about what they're doing,” she said.

“If she cares about the battlers, she needs to know that those battlers have got kids with autism and they're struggling.”