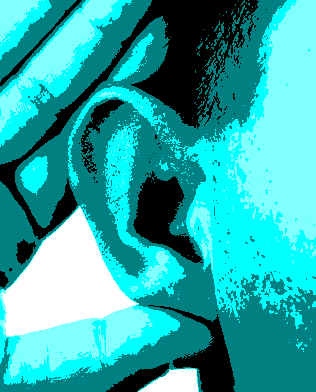 Rumour has it gossiping may actually be useful.

Researchers from the University of Queensland have found that gossiping helps a person develop a better understanding of their society’s expected behaviour.

The new study looked at gossiping about deviant actions, and found that it provides people with a clearer sense of what is typical and appropriate behaviour.

In the study, unacquainted participants were paired and shown videos of either positive or negative deviance, specifically, a person either dropping or picking up rubbish.

“People who witnessed the littering were very likely to spontaneously gossip about it with one another,” psychology researcher Dr Kim Peters said.

“The more they gossiped about it, the more they reported a better understanding of social norms.

“They also expressed a greater desire to gossip about the behaviour.

“This suggests that our everyday gossip helps us build social bonds and develop a better understanding of the social groups and societies to which we belong.”

Fellow researcher Professor Jolanda Jetten said gossip has a wider range of social consequences, as can be seen in the current sexual harassment allegations in the American entertainment industry and the resulting #metoo stories on social media.

“Gossiping allows us to monitor the reputations of other people, and by learning about their behaviours we are in a better position to decide whether we should, or should not, trust them in the future,” Professor Jetten said.

“The gossip about Harvey Weinstein has undoubtedly had negative consequences for him, such as the loss of his job and expulsion from a number of prestigious film societies, but it may also have had consequences for all of us who participated in it.

“Among other things, there seems to be an emerging consensus that sexual harassment at work is more common than many of us may have supposed and that it should definitely not be tolerated.

“When investigating the consequences of deviance for social change, it is important to consider the essential role that our daily gossip may play.”