Google branching out to Tree of Life 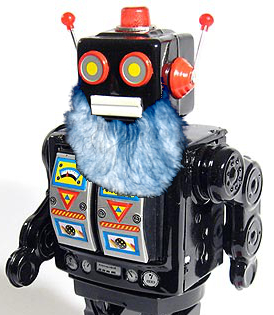 Google has launched an ambitious bid to keep people alive – and Googling – for longer.

The once online-only company has continued its efforts to branch out from the internet domain into the technological lives of users.

An end to aging and disease is the latest goal in a quest that has already seen Google working on cars that drive themselves, Internet-capable sunglasses or wireless-broadcasting air balloons.

Google has revealed that it is a major backer of California Life Co (Calico).

The tech-giant says it has poured funds into a venture that will combat the fundamental processes of aging and disease.

But Google has declined to provide any more details on the venture or how it will operate.

Analysts from healthcare investment firms say Google could not have set a higher goal, but the project will rightfully draw plenty of scepticism.

“Extending life is about as high as it gets on the human scale,” investor David Brailer, chief executive of Health Evolution Partners, told the LA Times.

“It's obviously a profoundly important goal.”

Some insiders say Google may be better placed than it seems. The company holds the keys to many advanced data-mining practices and programs, which could be applied to extract new results from masses of research or medical data.

There are details of the intended approach to slowing biological time, but it will almost certainly involve massive innovations in technology.

It is familiar thinking for Google's two founders, Larry Page and Sergey Brin, who are involved in the Singularity University think tank.

The school believes that technological advances will soon bring about a new kind of humanity – “posthumans” – where man and machine are intrinsically combined, more powerful and possibly even immortal.

High-tech health is not unfamiliar for an industry dominated by science fiction enthusiasts.

Larry Ellison, the billionaire CEO of Oracle has donated $445 million to a medical foundation researching aging and age-related diseases, while PayPal co-founder and Facebook investor Peter Thiel has given $3.5 million to the anti-aging efforts of researcher Aubrey de Grey and the Methuselah Foundation.