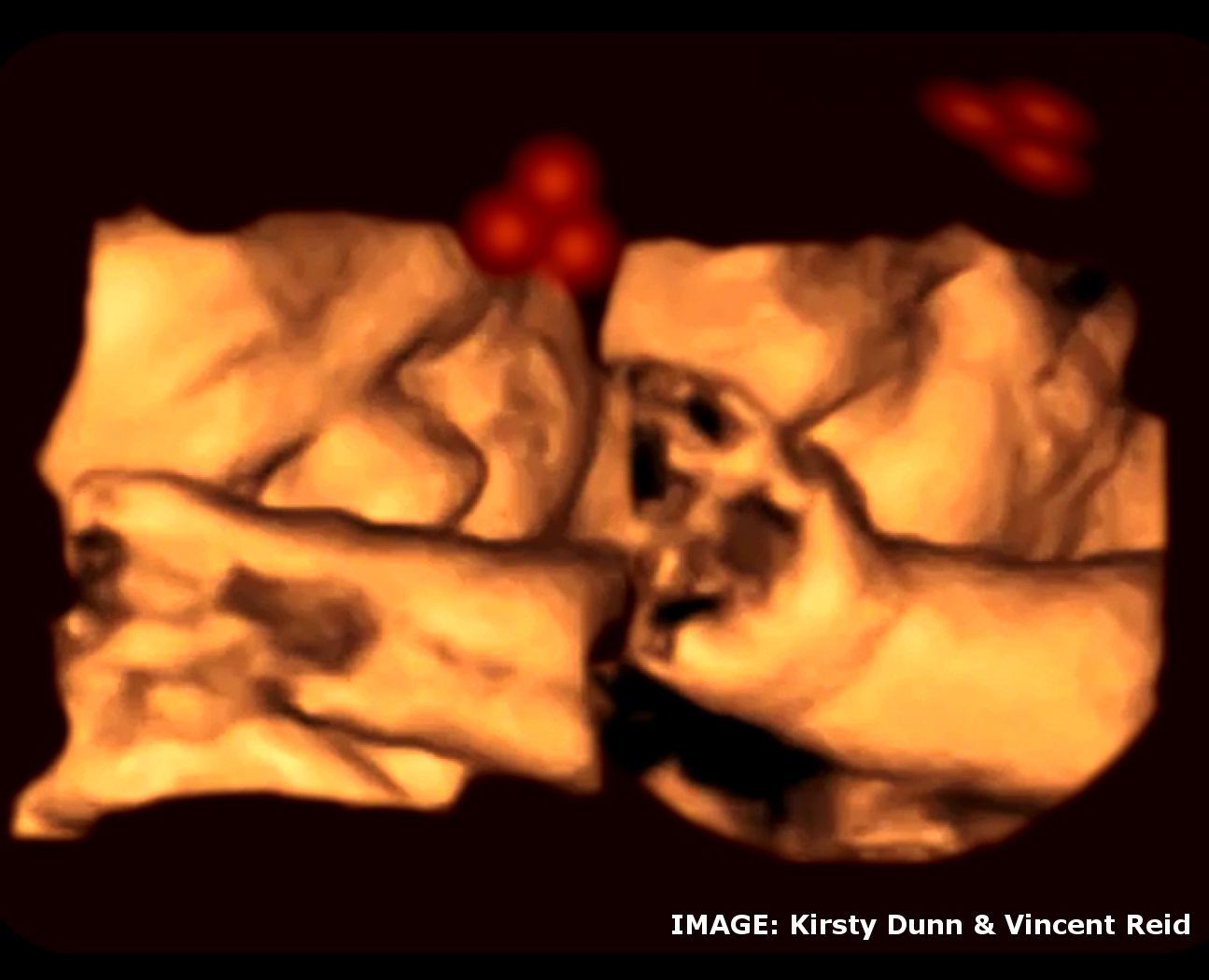 A new study suggests that not only can a foetus see, but that unborn babies can focus on faces.

It is well known that young babies are more interested in faces than other objects, but researchers say they have now found evidence that this preference for faces develops in the womb.

By projecting light through the uterine wall of pregnant mothers, they found that foetuses at 34 weeks gestation will turn their heads to look at face-like images over other shapes.

It is the first study to show that it is possible to explore visual perception and cognition in babies before they are born.

A team at Lancaster University tested the responses of 39 foetuses to face-like patterns of light presented to them in both upright and inverted orientations.

The projected light moved across their field of vision while researchers watched the foetuses’ reactions using high-tech 4D ultrasound.

The ultrasound movies showed that the developing babies turned their heads to look more often at face-like stimuli that were upright than those that were presented to them upside down.

“There was the possibility that the foetus would find any shape interesting due to the novelty of the stimulus,” lead researcher Vincent Reid says.

“If this was the case, we would have seen no difference in how they responded to the upright and upside-down versions of the stimuli. But it turned out that they responded in a way that was very similar to infants.”

The findings suggest that babies' preference for faces begins in the womb, and so is pre-set, requiring little learning or experience after birth.

The findings also confirm that foetuses have enough light to see and have visual experiences in the womb.

Dr Reid says that he discourages pregnant mothers from shining bright lights into their bellies.

The researchers are now working to improve their techniques for further exploration of foetal perception and cognition in the womb. For example, they say, newborns can discriminate numbers and quantities, and they want to find out whether a foetus also has that capacity.