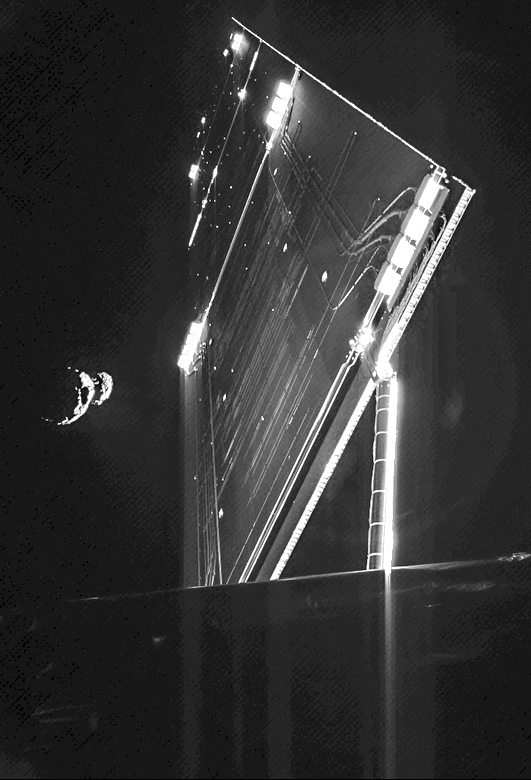 A spot has been picked on a comet 440 million kilometres away, where a robot should land in coming months.

But this is no sci-fi thriller; it is the next step in the European Space Agency’s Rosetta mission.

The Rosetta project will send Philae - an unmanned probe filled with scientific and communications equipment - to land on a comet as it passes by to hitch a ride through space.

After examining thousands of images from the far-away space-rock, the Rosetta team says it has selected a smooth area for Philae to touch down, hopefully on November 11.

The landing would be an incredible achievement for a device first flung into space over a decade ago, where it laid dormant waiting for its comet to arrive.

Clearly, landing a probe measuring a few metres across onto a rock whizzing through space almost half a billion kilometres away is not easy. But, with its array of sensors, drills and analytical gear, Philae should be able to conduct experiments that shed light on the origins of the icy celestial bodies.

The site on the comet the comet called 67P/Churyumov-Gerasimenko was analysed for the potential scientific returns it offered, weighed against landing risks and the amount of light available for Philae's solar cells.

Philae has not been twiddling its multi-billion dollar robotic thumbs while waiting for its latest command, rather, it has been tweeting about its life in space, taking selfies and encouraging its designers.