Fifty Shades as window to views on violence 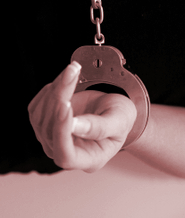 An important research project has found what young women thought after they saw the film “Fifty Shades of Grey”.

The researchers said their study shows that women aged 18-24 - a prime period for exploring relationships and sexuality - can recognise hallmarks of a harmful relationship: controlling and manipulative behaviour, stalking and emotional and sexual abuse.

“They were keenly aware of the different aspects of abuse in the relationship and told us in great detail the danger the abuse poses for Anastasia,” said lead author Amy Bonomi from Michigan State University..

The film, which made hundreds of million in tickets sales despite being almost universally slammed by critics, depicts the aggressive seduction of college student Anastasia by Christian; a rich businessman with a strong sadomasochistic side.

The study set out to examine young women's perceptions of the relationship patterns in the film and what behaviours might be alarming in their own relationship.

While study participants were able to identify Christian's abuse of Anastasia, they also were sympathetic and rationalised his behaviour as a function of his personality, affluence and his own sexual abuse as a child.

Some participants blamed Anastasia for not “speaking up” about the abuse.

“This finding fits with the societal narrative that basically puts the blame back on the victim,” Bonomi said.

“In reality, there are many barriers and safety issues related to attempts to end abusive relationships.

“The most dangerous time for a victim is when the abuser finds out the victim may be leaving. It takes women an average of seven to eight attempts before they leave their abuser.”