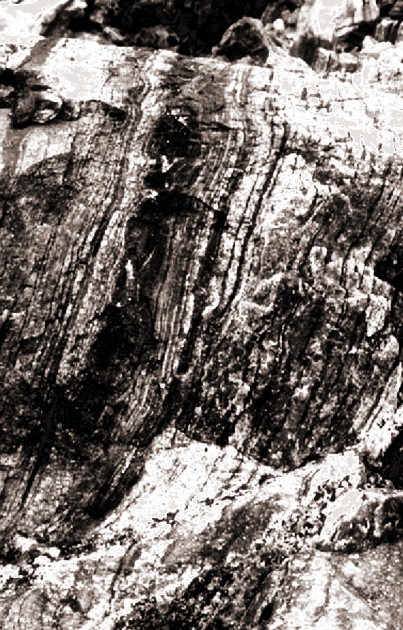 150 million years have been added to the timeline of life on Earth.

Scientists have found traces of life in 3.95 billion year old Canadian rocks, the earliest evidence yet.

Analysis of carbon isotope compositions of sedimentary rocks in northern Labrador, Canada, pushed back the date that organic life may have existed on Earth by 150 million years.

Evidence for the presence of life early in Earth’s history is very rare due to the scarcity and poor preservation of rocks from the Eoarchean era (about 3.6 to 4 billion years ago).

Previous analysis of sedimentary rocks in Greenland, which are about to 3.7 to 3.8 billion years old, revealed that the graphite grains inside appear to be biogenic (produced by living organisms).

Researcher Tsuyoshi Komiya and colleagues studied graphite in the oldest known metasedimentary rocks from Saglek Block in northern Labrador, Canada, which are about 3.95 billion years old.

They carried out a detailed geological analysis of the rocks and measured the concentrations and isotope compositions of the graphite and carbonate, and found that the graphite is indeed biogenic.

The authors suggest that the discovery of biogenic graphite in these rocks may enable the geochemical study of the organisms that produced the graphite and that this could yield further insights into early life on Earth.

This kind of finding adds to the list of things to look for when searching for life on other planets.