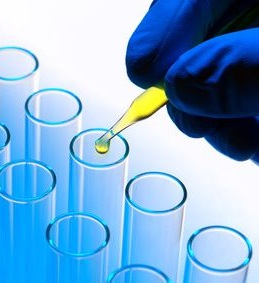 The Federal Government is planning a two-year trial of random drug tests for welfare recipients starting in January 2018.

If it passes parliament, the trial will take 5,000 people who or are studying or unable to find a job and impose random saliva, urine or hair tests to check for illicit drugs, including methamphetamine, MDMA, cannabis or heroin.

If they test positive, they will have 80 per cent of their welfare money placed on a BasicsCard that can only be used to pay for food, rent, childcare and other essential items.

Multiple positive tests will result in a referral to a medical professional for addiction treatment.

The Government has announced the three locations where the trial will take place: Canterbury-Bankstown in New South Wales, Logan in Queensland, and Mandurah in Western Australia.

The areas feature particularly high levels of unemployment and drug use.

Social Services Minister Christian Porter says the policy will help job seekers “receive the help they need to get on a path towards securing a job and building a better future for themselves and their families”.

The experience of other countries is not too encouraging either, with drug testing of welfare recipients having little success in New Zealand, and in Utah and Missouri in the US.

In New Zealand 8,000 welfare recipients were drug-screened at a cost of NZ$1 million, with only 22 testing positive.

Studies of compulsory treatment for drug problems have found the practice to be fairly ineffective.

“One of the hallmarks is an inability to change behaviour despite harm, so punitive approaches don’t tend to work.”

He said addiction treatment works best when people can make their own decisions with guidance from medical professionals.

“A BasicsCard might be a good idea for some patients, but it’s going to work best if they choose to go on it because they want to change, not when they’re forced,” Wilson said.

“The populist idea is that there are armies of drug-addled people bludging off the welfare system,” he told reporters.

“But the reality is, we’re talking about some of the most vulnerable people in the community who need a hand up.”

“These proposed measures will only serve to marginalise and stigmatise an already-impoverished group.”

A Senate inquiry into proposed reforms this week heard that the department administering it has not sought specific data on whether drug treatment services in the three trial sites could actually handle a potential increase in numbers.

Department of Social Services payment policy group manager, Cath Halbert, said the government was aware of the services operating in each location, but did not know the extent of their waiting lists.

“I don’t have the information, but we’re certainly talking to the state health departments about, if there are waiting lists, how long they are,” Ms Halbert said.

Labor senator Murray Watt asked: “Was the length of the waiting list in each of those locations established prior to the decision being made?”

“We don’t, and the Department of Health doesn’t, as I understand it, have access to that information directly. We need to get it from the state governments,” Ms Halbert replied.

“We know what services have been funded, and health has an idea of what was expected – the number of people to be serviced etc – from the services they fund, but at a given point of time, we didn’t have information of, on that day, how many people were waiting for that particular service, but we’re gathering that information now.”

She said the department was confident that local services could handle the added demand.